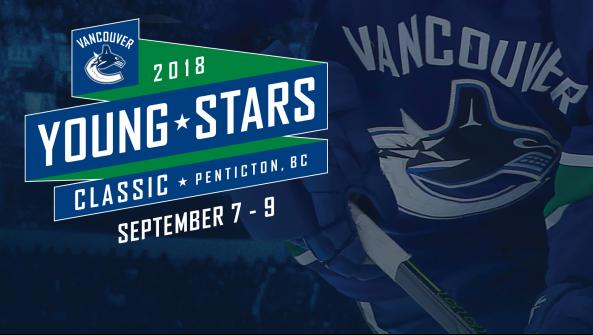 The 2018 Young Stars Classic will return to the South Okanagan Events Centre in Penticton, from Friday, September 7 to Sunday, September 9.

Featuring two games between the top prospects from the Winnipeg Jets and Vancouver Canucks, the weekend is not to be missed. This year also features a two-game series between the University of BC Thunderbirds and CIS Champion University of Alberta Golden Bears.

Rosters for all four teams have been officially released.

*Rosters are subject to change without notice