Team BC reaches championship round at 2018 Scotties 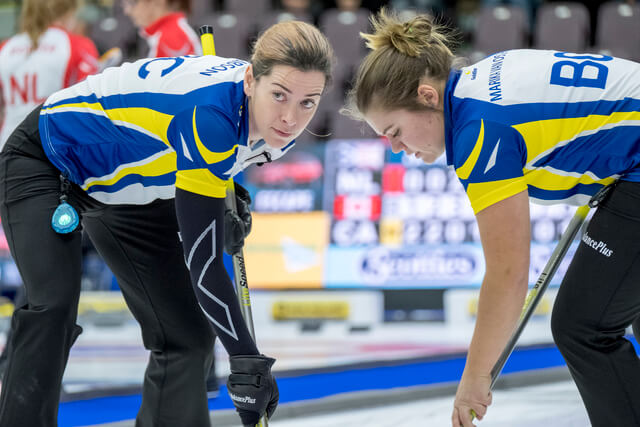 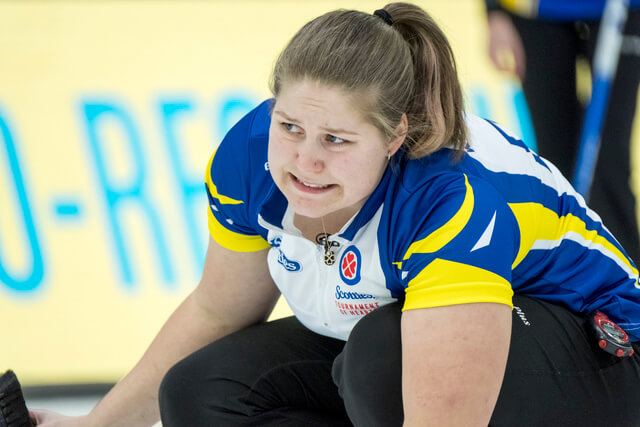 Championship round begins in Penticton

Team BC has made it to the Championship Pool at the 2018 Scotties held at the South Okanagan Events Centre (SOEC) this week in Penticton. The home province is represented by Nanaimo’s Kesa Van Osch (above), who has sisters Marika at vice-skip and Kalia at second, along with lead Amy Gibson, alternate Rachelle Kallechy and coach Bill Tschirhart.

The 2018 Scotties Tournament of Hearts is the first 16-team edition of the Canadian Women’s Curling Championship, and the first that features a Wild Card entry. Following  seven round-robin games within their pool, Team BC is among the  the top teams moving into the Championship Pool. 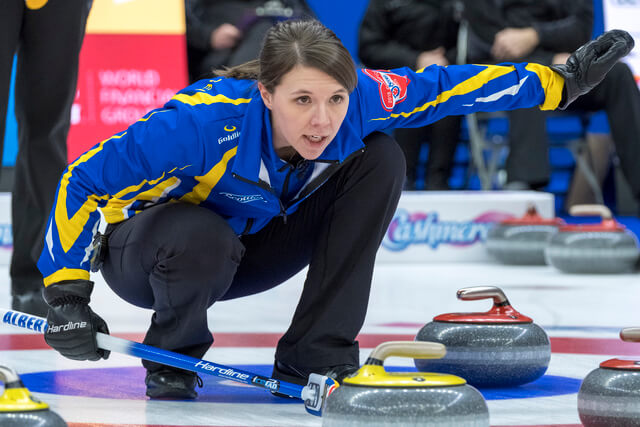 Leading the teams is Team Alberta led by skip Casey Scheidegger, who enter the tournament as the #1 seed in Pool B.

Jennifer Jones’s Manitoba team from Winnipeg has added Shannon Birchard at the vice-skip position, replacing Kaitlyn Lawes, who is heading to South Korea to compete in the first Olympic mixed doubles curling competition with partner John Morris. Lead Dawn McEwen and coach Wendy Morgan round out the Manitoba champs.

Jones, along with her longtime second Jill Officer, if they win gold, will join Nova Scotia’s Colleen Jones as the only six-time winners of the Scotties Tournament of Hearts.

On the ice this morning is a tiebreaker game between Ontario and Newfoundland to determine the fine spot.

More than 27,000 have taken in the action in Penticton throughout the tournament so far.