Easy Fix takes to the stage for Music in the Park

The District of West Kelowna is hosting the Music in the Park free summer each Friday night in West Kelowna’s Memorial Park. Taking to the stage on July 11 is is the talented and energetic band Easy Fix.

The popular outdoor event drew a crowd of 800 for its first concert of the season last Friday.

Performances take place every Friday night from 6:45 p.m. to 9 p.m. through to August 29 at Memorial Park, adjacent to Johnson Bentley Memorial Aquatic Centre. The evening includes a talented kid to warm up the crowd, an opening performance, and a headline act.

Music lovers will enjoy a variety of genres including country, pop, classical, and more. Food and drink vendor services will be available throughout the event. West Kelowna Recreation staff will also be in the park with supervised games and activities for the kids. 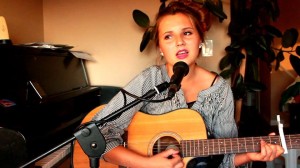 See the full Music in the Park line up.