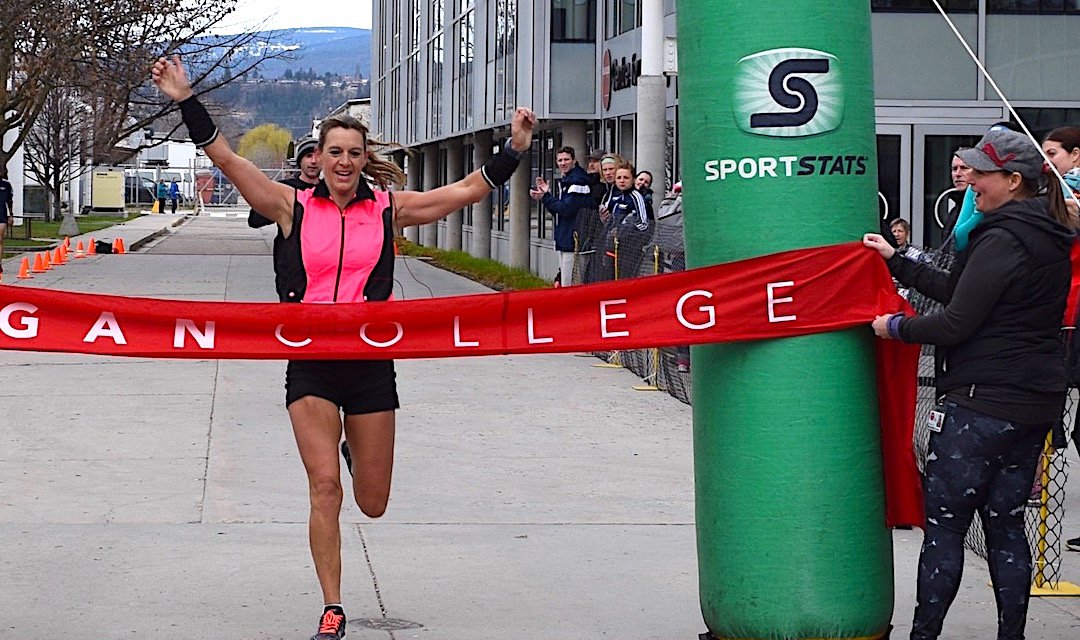 Kelowna’s Brad Bickley returned to Okanagan College’s annual half marathon on Sunday and claimed his second title in as many years. Bickley placed first in the 15th annual event with a finishing time of 1:13. Patrick Schryburt finished second at 1:17 and Jeff Vogt’s time of 1:19 was good enough for third.

“Today’s race was what we’ve come to expect at the OC Half Marathon,” said Christine Ulmer, Race Director. “We had a competitive group of runners vying for the top spots and we also had an impressive group of recreational runners who enjoyed the course and all of the fun associated with running. We had a great group of volunteers and the food from Okanagan College’s Culinary and Pastry Arts at the finish line was a highlight for most of the people I talked to.”