Word on the Lake Writing Contest call for entries 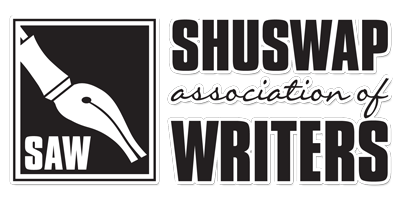 Aspiring writers from British Columbia and Alberta may want to look to the 2015 Askews Foods Writing Contest to showcase their work.

The writing contest is a feature of this year’s Word on the Lake Writers’ Festival, a Shuswap Writers Association programme to encourage emerging writers. The contest is open to all writers 18 years and older.

First place winners will receive a cash prize of $150 plus a 2015 conference package including banquet ticket ($225 value) and be published in the Askews’ Foods Word on the Lake Anthology which will be available at the festival.

For further details concerning the writing contest including submission guidelines and information about the festival can be found at www.shuswapassociationofwriters.ca.

The Shuswap Association of Writers is based  in Salmon Arm, British Columbia. Their mandate is to organize events to enrich the cultural life in our community and British Columbia, with a focus on the written arts.