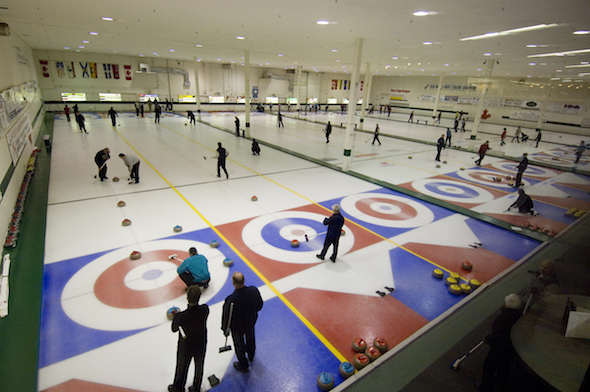 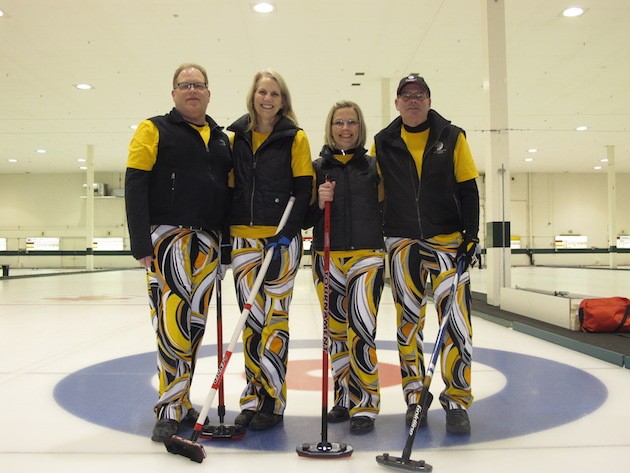 Kelowna Curling Club will open its doors to welcome newcomers to the sport of curling during their Try Curling Open House on Saturday, October 17. The public are welcome to drop in from 10 am to 1 pm.

“We’re a family-friendly club and we encourage all ages to come out and give curling a try,” says club general manager Jock Tyre. “Kelowna has a notable tradition of championship curling here in our city, but 95 per cent of our curlers are social, recreational curlers. I encourage everyone to come out and join the fun.”

With 12 sheet of ice, Kelowna Curling Club is the largest club in Canada and proudly boasts world championship banners for all four of the major division in curling: men’s, women’s and juniors men’s and women’s.

The Club offers three novice leagues for those new to the sport. Evening leagues aimed specifically at novices are held on Tuesday, Wednesday and Friday evenings.

Each year over 500 new curlers give curling a try at the Kelowna Curling Club and Tyre encourages would-be curlers to come out and “throw your first rock.” Instructors will be on the ice to assist and participants are encouraged to bring a donation to the food bank.

Over its history, the Club has hosted provincial, national and world championships and this year will be host to the ninth edition of the CIS/Curling Canada university nationals – its first time in Kelowna. The championships will be staged March 20 to 23.

“We’re thrilled that the next generation of Canadian curling stars will be coming to Kelowna for the CIS/Curling Canada nationals,” said Peter Ellison, president of the Kelowna Curling Club. “We have a world-class facility that will allow these athletes to put on a great show, and the enthusiastic curling community of Kelowna will be in for a treat.”

Beyond the competitive side of the sport, Tyre stress that curling is really a social activity.

“The Club provides a safe learning environment for adults to come down and not just enjoy getting out but to meet new friends. Enjoy good competition but more importantly it’s a social activity that gets you off the couch and out doing an activity – plus its great place for dinner.”

The lounge and restaurant upstairs is fully licensed and is the hub of all activity at the Kelowna Curling Club. With dart boards, shuffle board, ping pong table, pool table and a large projection screen TV, the lounge is open to all ages before 10 p.m.

The club also runs a fully stocked pro shop with a complete inventory of curling suppliers and clothing.

Top photo: The Ken Harvey team gets into the fun of mixed curling at the Kelowna Curling Club.