Lost and found: The Quest for Seniors’ Mental Health 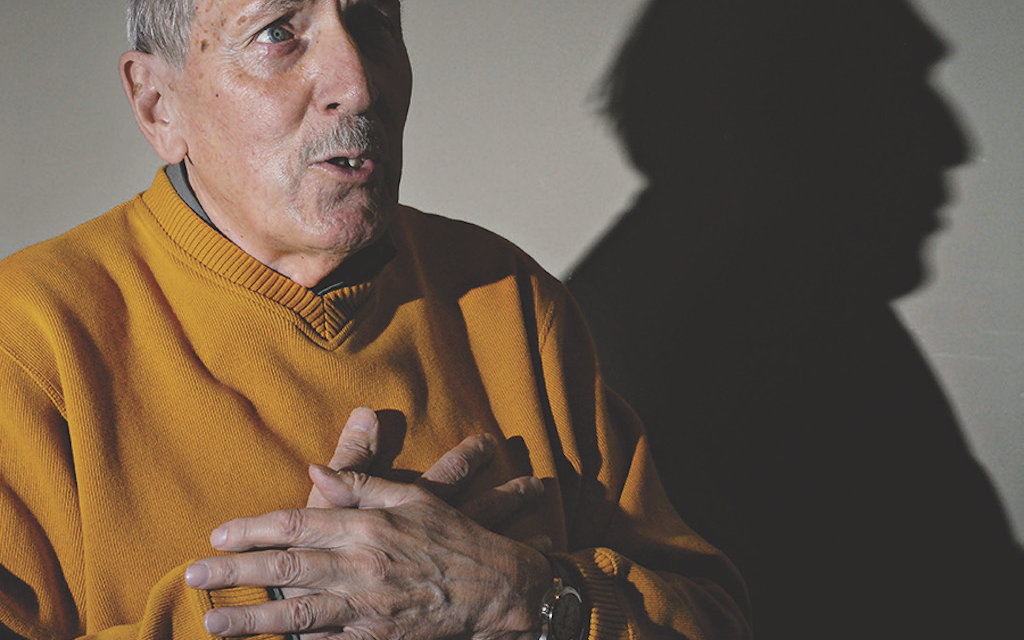 No matter which way you turn, working with seniors not only requires but demands a personal approach. 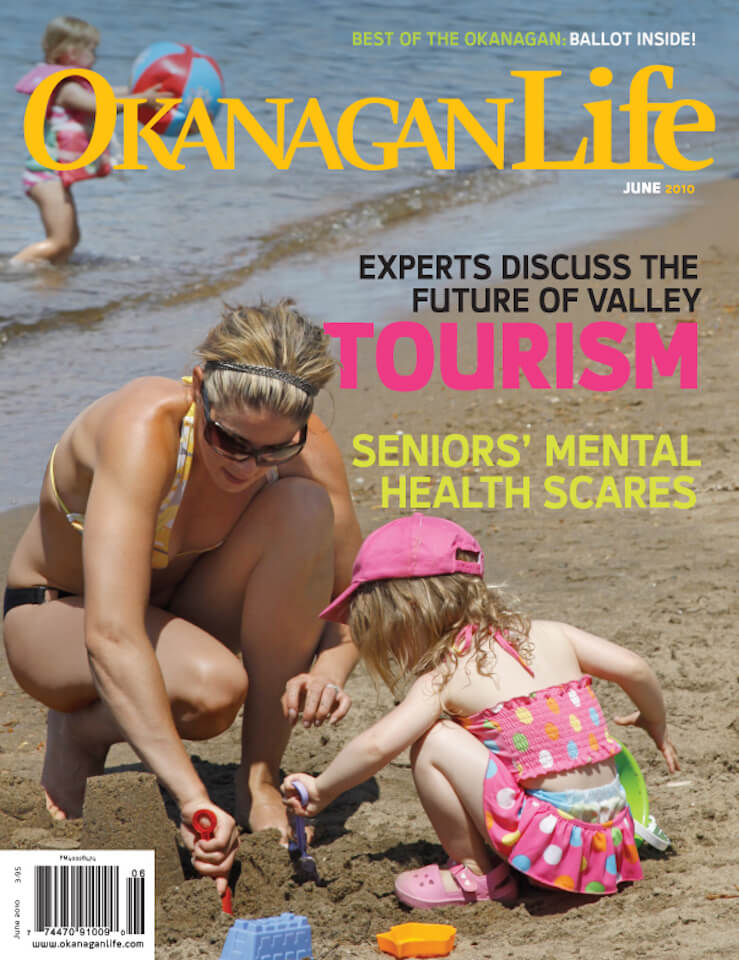 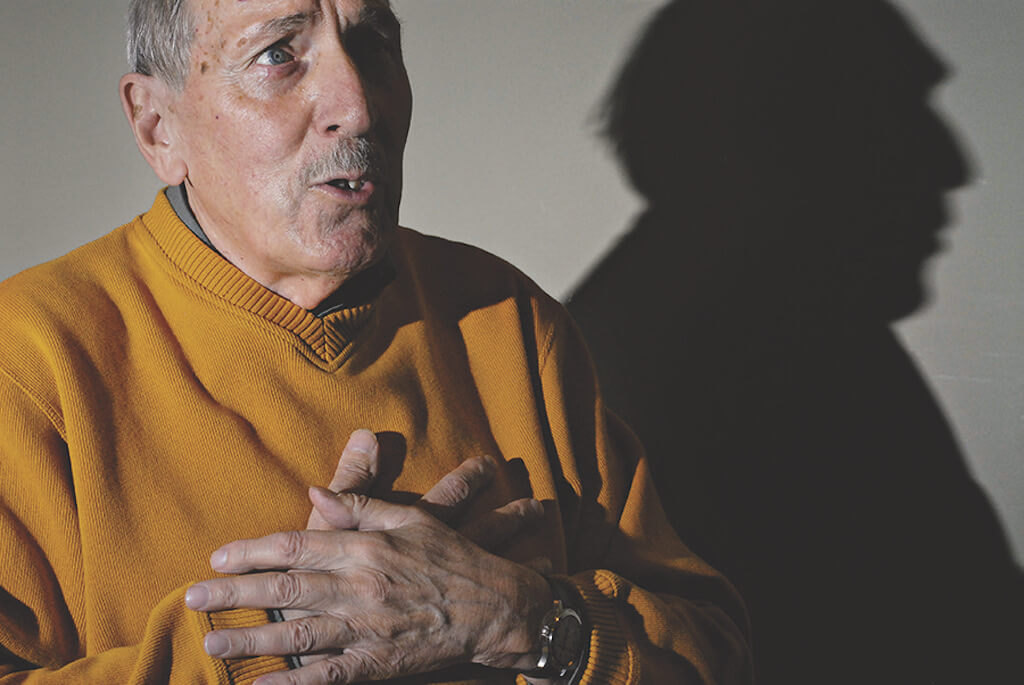 Bill McCracken at a respite and recreation club offered by the Interior Alzheimer Support Society at Fernbrae Manor. Photo by Daniel Hayduk

It’s the silent elephant in the room for many seniors and their families. Misunderstanding and stigma too often prevent people from acknowledging mental health problems and accessing available resources. The fear is so pervasive that seniors interviewed for this story asked that their true identities not be revealed

Christine doesn't sweat the small stuff, and apparently that includes a reporter arriving on her front doorstep 45-minutes early while her hair is still in curlers.

At age 85, she simply welcomes me into the expansive home she’s lived in for the last 15 years. Within minutes we’re nattering about everything from the state of the British government to the implications of the HST.

Christine’s eyes sparkle throughout and she laughs with ease. On a few occasions I have to repeat myself, but I can tell I probably spoke too quietly for anyone to hear, let alone a lively woman without a hearing aid. When her son Fred and daughter-in-law Linda arrive, we get down to business, moving to the table with our cups of tea.

At this point her story unfolds.

Four years ago no one would have predicted Christine could ever have an intelligent conversation again. Her doctors had given her an intellectual death sentence — vascular dementia — the second most common form of dementia after Alzheimer’s. Her family was told she would live with it for the rest of her days, and those days were numbered in the dozens.

Her two sons, both living in Ontario, prepared themselves for the worst. They had already lost their father and now their mother was moving into the same care home in the South Okanagan. Her petite five-foot-three frame had dwindled to 85-pounds. She barely ate, barely spoke and when she did her talk was filled with dread.

“She wasn’t eating because she thought she didn’t have enough money. At one point my brother had to take in a water bottle with his name on it because she wouldn’t drink the water at the care home. She was afraid she had to pay for it,” Fred says, picking up the story at a stage where Christine’s memory fails her, “luckily” she laughs.

Once in the home, a psychiatric nurse who knew Christine from the days when she was caring for her husband, pulled Fred’s brother, Bob, aside and suggested he have her reassessed. He wasn’t convinced she had dementia at all.

It took tremendous lobbying on Bob’s part to get this accomplished, but when Christine finally saw a geriatric psychiatrist in Kelowna — one of only three such specialists in the Okanagan — the nurse’s suspicions were confirmed. Christine didn’t have dementia — she was severely clinically depressed.

What appeared on the surface to be signs of dementia, turned out to be psychotic depression — a type of depression that more commonly afflicts seniors. For Christine, the initial trigger was the death of her husband. News that her son Bob would soon be returning to Ontario tipped her over the edge. All the pressure of the financial realities, the loneliness, everything came tumbling down at break-neck speed. Within 24-hours Christine, who never took so much as an aspirin, was on the road to a depression that would kill.

With no time to wait for antidepressants to kick in, the treatment was drastic but effective — electroconvulsive therapy, otherwise known as ECT.

“I vaguely remember being in the (psychiatric) hospital at KGH. I remember them taking me for treatment and one nurse there was really very good and as things went along I would help her with the cart. I remember being given intravenous and being told to breathe in and breathe out, and that’s about it.”

Christine received ECT three times a week, for literally a split-second. The first round of treatments took place over two weeks while she stayed at the hospital. Christine responded quickly and was soon well enough to move out of the care facility and back home. By this time, Fred and Linda had moved from Ontario. They stayed with her and drove her to KGH, leaving home at 5 a.m. for the weekly treatments that continued to taper off over the next two years.

The ECTs wiped out Christine’s short term memory, but gave her back her life. Today she’s on antidepressants and sees her psychiatrist for check-ups every six months.

“The treatment was definitely worthwhile and I’m very thankful to my doctor and my family for looking after me,” she says with absolute conviction. “I definitely think it was because of my psychiatrist that I’m as well as I am.”

Christine’s case may seem unusual, but there are indications it may be far more common than people realize.

In its report to the Senate’s Standing Committee on seniors mental health and mental illness, the Canadian Academy of Geriatric Psychiatry and Canadian Coalition for Seniors’ Mental Health stated: “only 11 per cent of depressed patients in primary care received adequate antidepressant treatment, while 34 per cent received inadequate treatment and 55 per cent received no treatment.”

In addition, while this wasn’t an issue for Christine, the ongoing stigma of mental illness also plays a complex role in the recognition of seniors’ mental health.

“(Seniors) may deny having mental health problems or refuse treatment from mental health care providers. Family members may not want to acknowledge mental health problems in their parents, which may further prevent access to available resources. For example, depression may be seen as a natural consequence of aging, loss and physical illness, and may not be diagnosed or treated.”

Dr. Anna Wisniewska, a geriatric psychiatrist who conducts assessments with severely mentally ill seniors through Interior Health’s Community Seniors Mental Health Program, says depression presents a problem among seniors because some of its symptoms mimic those of dementia.

Fortunately, once caught, there are now so many options available that it can easily be treated. And for Wisniewska treatments like ECT are the “gold standard.” At any given time, as many as five seniors are receiving ECT treatment at Kelowna General Hospital.

Wisniewska is part of the 11-member community health team that works with between 250 and 280 seniors in the Central Okanagan who have severe mental health conditions ranging from depression to schizophrenia. Only 20 per cent of their clients suffer from dementia.

“What I see is tremendous hope. We can’t always fix every problem, but I see tremendous hope as long as we can get to them. There is so much we can offer to make people’s lives better, to make that last stage of their life more important. The difficult part is identifying the people who are vulnerable.”

Far more common among seniors are the illnesses connected with dementia — of which Alzheimer’s is the most common.

There continues to be considerable debate, even among professionals, as to whether dementia and Alzheimer’s should be termed a mental illness or not. Many care providers prefer to think of dementia as a “journey” rather than a disease. A lot of this hinges on the fact that so far, unlike depression, dementia can’t be cured — only staved off. But there is no question that it affects the mind and the greatest risk of succumbing to some form of dementia is increasing age. Provided we live long enough, it could well be a fact of life, if not a healthy “natural” one.

Patients with dementia can access various forms of assistance, including psychologists, psychiatrists and social workers. But the condition also calls for multi-dimensional support — a sort of 360-degree approach that also takes in caregivers.

The Interior Alzheimer’s Support Society, which provides counselling and education for both patients and caregivers, proved to be invaluable to Sue when she realized her 91-year-old mother was starting to fail.

Sue’s mother was a fiercely independent woman who was widowed nearly 20 years ago. The first sign something was amiss was that she stopped cooking for herself, then stopped buying groceries and finally let her personal hygiene go. Sue had to do something, so she moved her mom to BC and set up a home for her. She and her sister took turns spending the night for a couple of months while their mom settled in.

A key part of the family plan was to get mom interacting and that’s when she started going to one of the three programs provided by the Interior Alzheimer’s Support Society.

“My mother loved it and she still goes,” says Sue. “She has to have that interaction. An hour later, she might not remember, but she needs that interaction or stimulation — maybe it helps to ensure she doesn’t regress. And it helps with her mood. On the days when she’s not doing something, I can see the difference.”

But the challenging issue for the support society is the nature of the disease itself, which doesn’t appear overnight. It’s a continuum. Some patients may be living in an assisted living facility and slowly their mental condition is deteriorating. Since facilities aren’t set up for personal one-on-one care, as their condition deteriorates, they may not recall that their support group is scheduled for Tuesday at noon.

Donna Dufort, who organizes programs at three different locations throughout the Central Okanagan, is facing that hurdle head on. A cadre of elderly volunteers shows up religiously, but the number of clients seeking help is dwindling away.

This particular Wednesday, only Rosa appears. An elderly gentleman who was part of the group now requires too much physical care to take part and Rosa might have even missed the session if Donna hadn’t gone to her room to get her. Rosa doesn’t remember what happened last week. She needs to be prompted to recall who won the dart game 15-minutes ago. But she’s relaxed and doesn’t flinch at being reminded. Not like Isobel at one of the society’s other programs. In the early stages of Alzheimer’s, she flushes, tears brimming in her eyes, at the mere realization that she’s forgotten something. Getting used to not remembering is the hardest part.

Working with seniors and their mental health issues is a complex web. Even transferring a patient with dementia from one facility to the next increases their risk of death. Colin Reid UBC Okanagan assistant professor and research affiliate at the University of Victoria’s Centre on Aging is conducting work with Interior Health to improve the protocol for hospital transfers of elderly patients with dementia. It includes the proviso that communication must include not only the patient and staff, but caregivers every step of the way.

Joyce Hesketh, executive director of the Interior Alzheimer’s Support Society, says no matter which way you turn, working with seniors not only requires but demands a personal approach. It’s what seniors both need and deserve.

“One size doesn’t fit all. You have to look at person-centred care. You have to take the time and ask them what they want, what works for them. Communication is so central. It’s a journey, but it’s fraught with obstacles along the way.”

END_OF_DOCUMENT_TOKEN_TO_BE_REPLACED 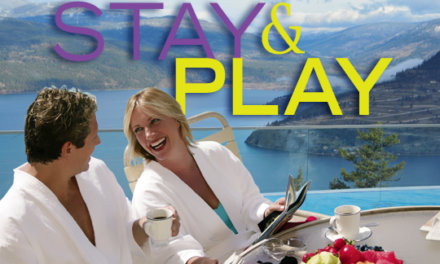 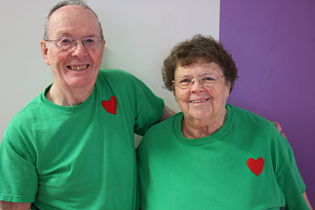 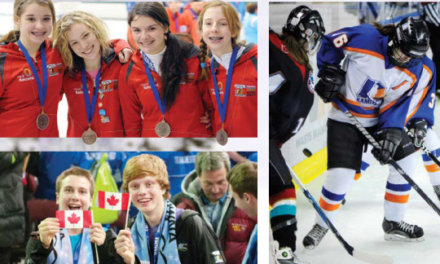 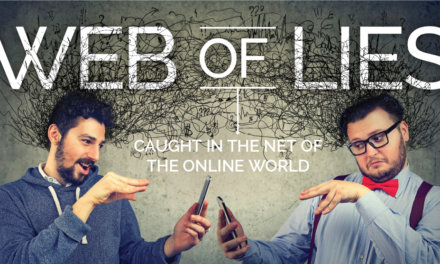