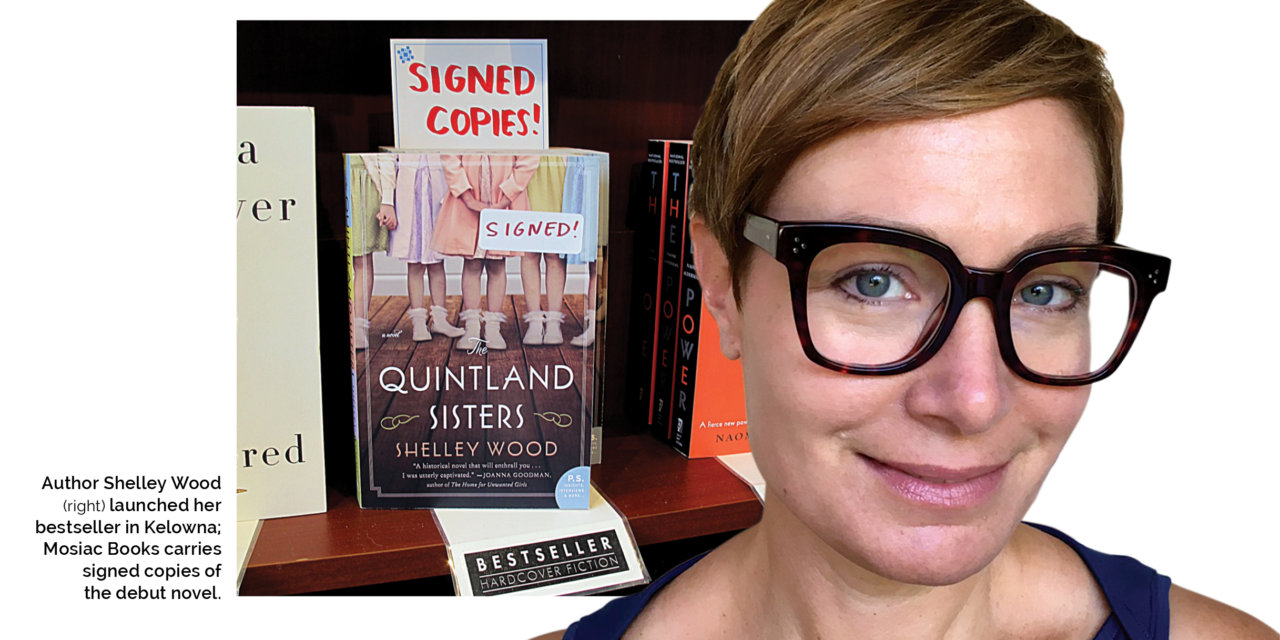 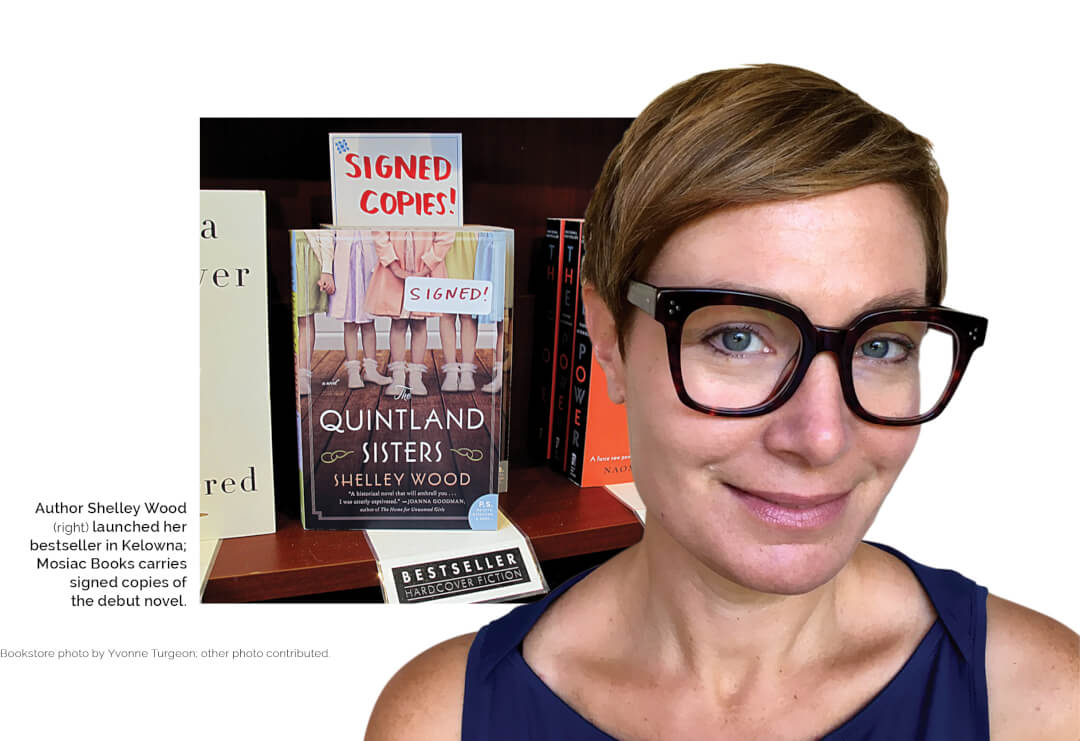 In the 1930s, public appetite was insatiable for news and images of the Dionne quintuplets. Before reality TV shows and viral videos, the unlikely survival of five identical babies in a small town in Northern Ontario in 1934 was the story that captured the imagination of the world.

The Government of Ontario assumed guardianship of the children after their father signed an agreement to bring them to the Chicago World’s Fair. To this day, the treatment of the quintuplets and their exploitation by the Ontario Government, the doctor who took care of them and their own family remains a polarizing topic.

Inspired by a photograph she saw in a library book, 100 Photos that Changed Canada, Wood started writing.

“I couldn’t believe that I had never heard of them or their story,” she says. “In the 1930s, they were known around the world and were one of the biggest tourist attractions in North America.” 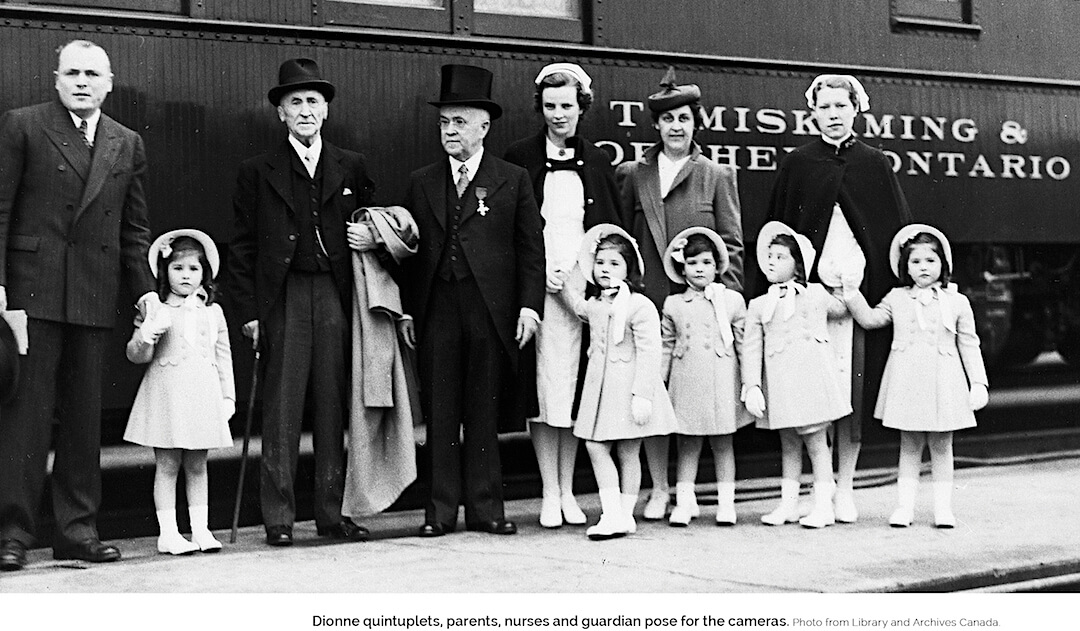 A separate building was built to house the quintuplets, their caregivers and to provide a viewing area where the public could observe the day-to-day activities of the girls. At its peak, more than 6,000 people per day visited what became known as Quintland, generating an estimated $500 million over nine years.

A quote Wood read during her research inspired the novel’s main character and clinched her desire to tell the story of the little girls, victimized by their fame.

“I don’t remember it exactly, but it was something like, ‘Of all the people with a vested interest in the Quints, was there not one person who loved them for themselves?’” 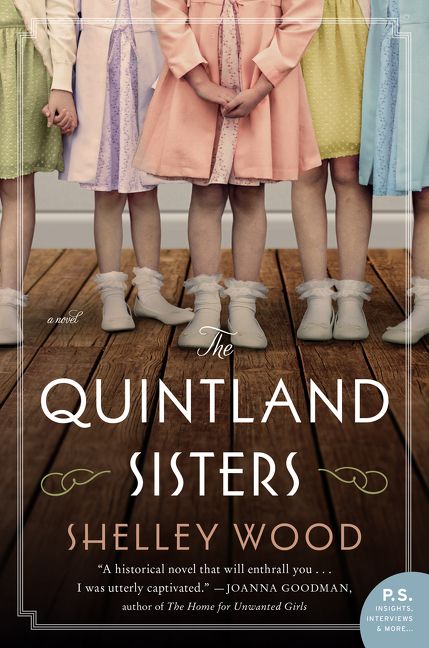 The fictional heroine of The Quintland Sisters, Emma Trimpany, is 16 years old and a bystander at their dramatic birth. Through happenstance, Emma becomes their primary caregiver and over time, their surrogate mother. Born with a large facial birthmark, Emma believes herself to be too unattractive to merit the attention of boys or to become a mother herself.

“Emma is a character who can love these children as children and nothing more. She can observe and grow alongside the babies themselves.”

The novel covers the first five years of the quints’ life, an intentional decision that allowed for greater freedom to fictionalize a time that the two surviving Dionne quintuplets would only have vague memories.

“It took nine months to complete the first draft of the novel,” says Wood. “I had quit my job and treated writing this as my new  ‘job.’ I would get up in the morning and go to work.”

Living a lifelong dream , Wood wrote part of the book during a three-month stay in Paris, France. “My mother had died quite suddenly, leaving me with a bit of extra money to make this possible. Getting away from the distractions of home and getting to live in a place that puts such an emphasis on beauty and the arts proved pretty inspiring,” she says.

“My husband held down the fort here in Kelowna but did manage to visit while I was in France.”

Wood had spent so much time writing about the Dionne girls, during her final edit she decided to go and visit their Ontario home. “I was shocked to see that, while the Quintland nursery building is still there, not even a small sign anywhere indicates it had ever existed, that this tragic story ever happened.”

The original family homestead was moved in 1960 to become a museum along Highway 11B, was closed for several years, then was moved again in 2018 to downtown North Bay where it is on the verge of reopening as the official Dionne Quintuplets Museum, a non-profit organization.

Wood hopes that her novel introduces a new generation to a compelling story that is at risk of being forgotten.

Now back working full time, Wood says she “has the bug,” and is already 54,000 words into her next novel, trying to squeeze in time to write alongside her work as a medical journalist.

“I know how this one starts and where it ends, but it remains to be seen what will happen in the middle.”

The Quintland Sisters, published by William Morrow-Harper Collins is in stores in Canada and the US, and English markets overseas.