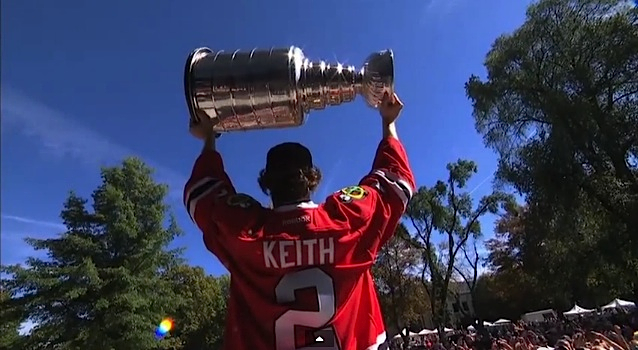 For the second time in 36 months, Duncan Keith brought the Stanley Cup back to Penticton. The Chicago Blackhawks defenceman shared part of his day with the Cup with the community, just as he did during the summer of 2010 (see Okanagan Life Jan 2011 - Lord of the Rinks.)

Following the event at Gyro Park, Keith and the Cup headed off to a party with family and friends.