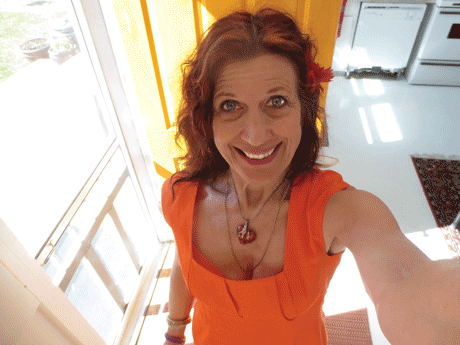 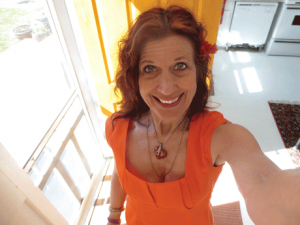 Self Photo by Cherie Hanson

By Donna Sturmanis
Kelowna digital artist and poet Cherie Hanson continually exhibits her unique art in various venues ranging from wineries to galleries, reads her poetry at arts events, teaches a wide variety of classes to people aged 3 to 80, and sells her art and books at festivals and markets. Her images appear on book jackets, web site banners, CD covers and business cards. “I am a creative. For me, there is no differentiation amongst disciplines,” she says.

Cherie is an original. She reports one young woman who came up to her and said, “I have seen you around town. You are the weird one.”

Cherie was selected by the City of Kelowna to do its Centennial CD cover. Her work has several times made the top tier in international art competitions and she’s exhibited in Florence, Vienna and Palermo as well as being juried into shows in Los Angeles, Toronto and New York.

The Florence experience is particularly memorable for Cherie. “There were 847 artists exhibiting from around the world. Only a handful of us, under 20, were selected to hang work in nearby hotels. I got to hang my work at the Grand on the Arno. Arabs and millionaires stay there. It is so exclusive that we were asked to leave when they first saw us. The memory of the raised eyebrows and pursed lips at the audacity of this scruffy artist still makes me laugh.” 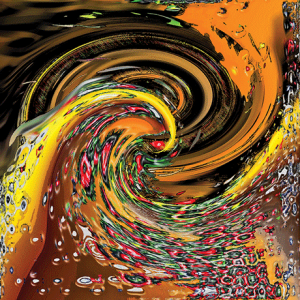 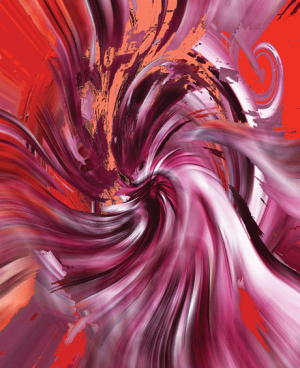 As a poet, she’s studied at Naropa University’s Jack Kerouac School of Disembodied Poetics in Boulder, Colorado, which is to poets kind of like what Hogwarts is to wizards. While there her work was lauded by Kenneth Goldsmith, poet-in-residence at the New York Museum of Contemporary Art, and Thurston Moore from the iconic alternative band Sonic Youth. Cherie’s poems are appearing in an anthology with work by both.

After attending Naropa, Cherie says, “I came away on fire. Since then I have begun writing consistently and have done as many as 10 poetry performances a month.” She has also self-published two anthologies of her poetry, Facing It and Facing In with her art on each page. All of the poems were written directly on Facebook.

An academic with nine years of university and three degrees, she does Buddhist meditation, takes Science of Mind classes and goes on vision quests.

She’s also a cancer survivor. Spirituality and creativity very clearly helped with her 1974 experience with the disease. “The fact that I am still alive is quite an achievement in itself.”

Cherie began creating her digital art pieces by serendipity. “A woman who was hired to archive pictures of Kelowna asked me to photograph the Ellis Street and downtown area. I downloaded software to help with the process because I wanted the images to read clearly and be effective. One day I started working an image and four hours later I had a sci-fi deep space mystical story on my screen.” That began Cherie’s nearly 20-year journey of letting the image transition from a “three-dimensional, labelled experience to become sheer energy and colour.”

“It is a journey of having the courage to allow a force to flow through me,” she explains about her artistic pursuits. “In the olden days it was said to be a ‘calling.’”