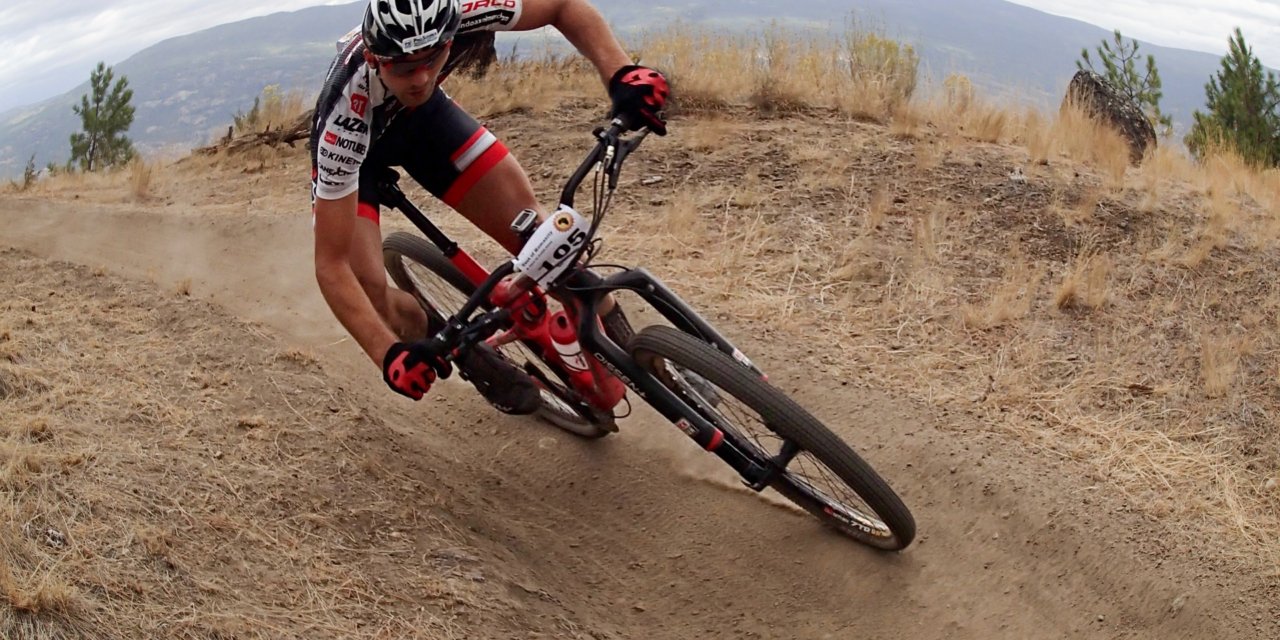 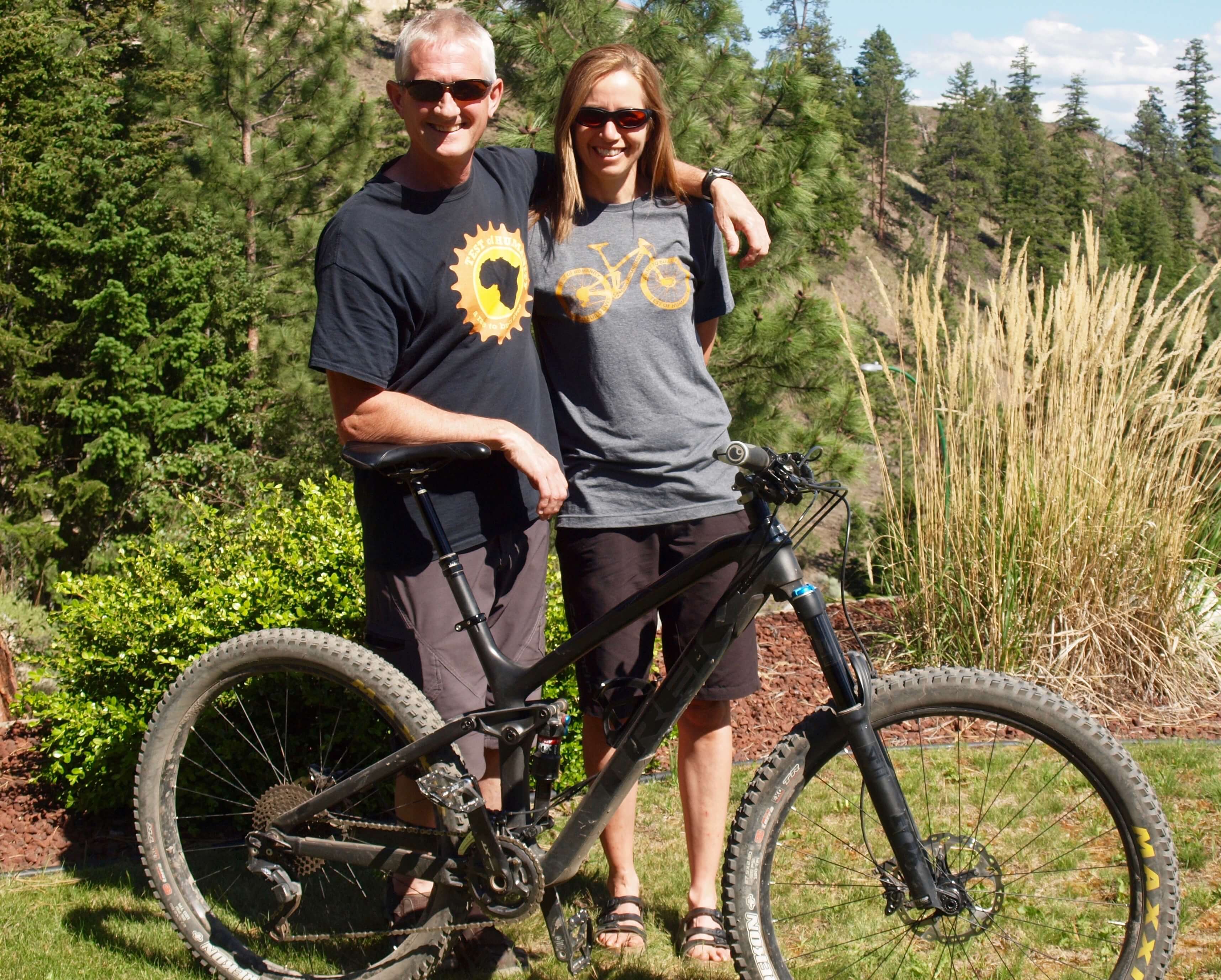 A test of humanity

For Shei and Nic Seaton of Summerland, creators of the annual Test of Humanity mountain bike race — a fund-raiser for Canadian Humanitarian’s work educating vulnerable children in Ethiopia — this is their “passion project.”
For the thousands who have participated in the event since the first race on Summerland’s Cartwright Mountain seven years ago, it’s a friendly, fun, family outdoor activity that has the side benefit of raising money through donations and pledges to help orphaned and disadvantaged children in Africa.

And, since that first year, it has raised a total of $335,000, a number that translates into far more when used in Ethiopia to help children become educated and break free from the cycle of poverty, the aim of Canadian Humanitarian. Its headquarters are in Medicine Hat, Alberta, where the third Test of Humanity — a race to build lives — will be held Sept. 24.

The pair has been mountain biking for a couple of decades and had done a bit of fun racing, but nothing too serious, when they first came up with the idea for this race. They had volunteered at the Ironman in Penticton and other community events, but the 2011 race was the first time they’d done something like that themselves.

It all began after a trip to Ethiopia in 2009 through Canadian Humanitarian, which Shei led for her Okanagan College business class students learning about the economic development of emerging nations.

When the students returned to the Okanagan, they wanted to do something to contribute. “We brainstormed, and because we were mountain bikers, we decided to start a mountain bike race to fund-raise,” explains Shei. “Our target was to raise $5,000. We raised $38,000.

“There was amazing community support. Participants have come from Calgary, Vancouver and international locations. People wanted to support what Canadian Humanitarian was doing,” she says.

Aart Van Kooey of Summerland rounds a corner at the Test of Humanity race.

They felt the extra support last year may have been partly due to people wanting to support Shei. She was in an accident while working to prepare the trail a week before the event. A rock hit her, and she lost an eye, so she was in hospital during the race so others filled in for her.

After the first trip, Shei’s business classes returned to Ethiopia every couple of years, building water filters for villages, helping to construct the building for a school; creating a garden, a coffee shop.

Canadian Humanitarian is a non-religious, non-political registered Canadian charity that was founded in 2003 by Dr. Richard Northcott, who is instrumental in getting children into school in Ethiopia, as well as running medical clinics for communities.

Shei tells of Ethiopian children she has known in the past nine years who have become educated and become nurses and doctors in their communities as a result.

The couple’s commitment includes a decision to personally sponsor a child named Abinet, who is now 16 and who lives with her grandmother — a wood carrier who makes $4 a day.

To encourage families to keep their children in school, Canadian Humanitarian will feed the family.

Despite the 70 or so volunteers who ensure the race runs smoothly, the three weeks leading up to it are incredibly busy for Shei and Nic. But, without the sponsors it would not be possible to run the race for such a low cost, notes Nic.

The actual race includes individual races for kids of different ages, as well as scavenger hunts and arts and crafts to keep them busy in The Cooperators’ tent — a primary sponsor, along with the Bike Barn of Penticton.

Although the adult race is as many 10-kilometre loops of the trail as you can do in four hours; for three to six-year-olds, it is a half-kilometre, nearly flat, while seven to 10-year-olds bike a one-hour loop. The 10 to 16-year-olds do a two-hour test ride, while 16 and overs compete in the adult category.

There is also a half-hour test race for others to try out the course, and even e-bikes with pedal-assist are welcome in that category.

Participants can do the race solo or as a team, switching out at any point after a loop.

Designed for intermediate-to-expert riders, the course includes ten hills with 300 metres of climbing and some breathtaking panoramic views.

Most important, notes Nic, is the pledge section of the website, where all participants are encouraged to help in the fund-raising aspect of the race, as well as paying a minimum entry fee. Each is also asked to bring a donation for the South Okanagan Food Bank.

New this year will be some relocated sections of trail, to help make it more fun and friendly, says Nic.

Race announcer is Steve King, well-known for his work with Ironman Canada.

As well, some well-known riders have taken part, including Axel Merkx, the professional bike racer from Belgian who now lives in Kelowna with his family; and competitive mountain bike racer Evan Guthrie of West Kelowna.

Details of the race are available on the website: www.testofhumanity.com, where you will also notice that race entry fees encourage early registration, with the most advantage before July 31. Participation is limited to prevent overcrowding. 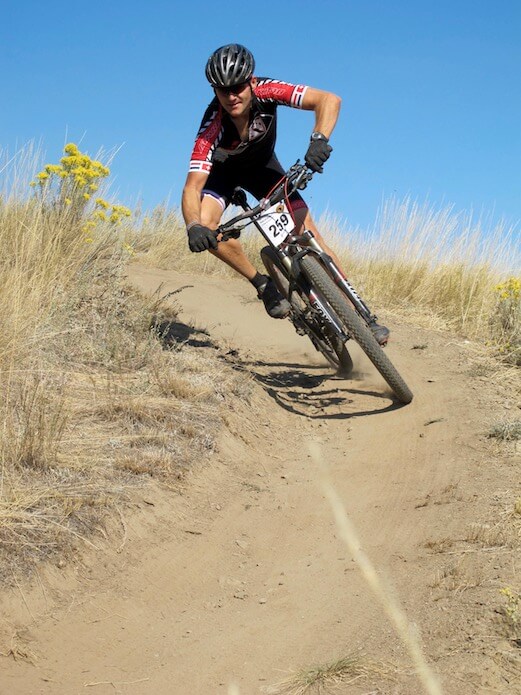