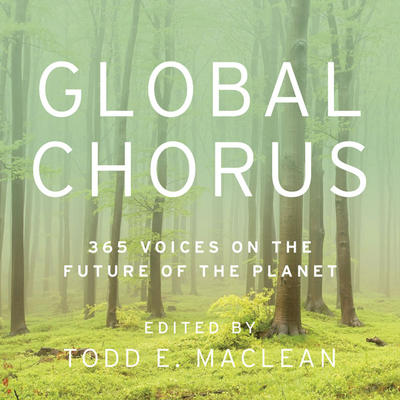 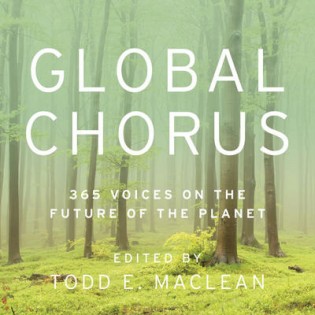 Released last fall, the environmental daily mediation book Global Chorus: 365 Voices on the Future of the Planet has an Okanagan connection. Among the leading environmentalists contributing to the book is Okanagan Basin Water Board executive director Anna Warwick Sears.

“The way I see it,” says Anna, “the future of humanity is about water.”

The illustrated collection provides meditations around some very large and increasingly crucial themes: “Do you think that humanity can find a way past the current global environmental and social crises? Will we be able to create the conditions necessary for our own survival as well as that of other species on the planet?

Well-known people on the list include environmentalists such as David Suzuki, Paul Hawken and Jane Goodall; scientists such as Stephen Hawking and Edward O. Wilson; personalities such as Jamie Oliver, Maya Angelou, Les Stroud and Bruce Cockburn; humanitarians such as Nelson Mandela and Archbishop Desmond Tutu; political figures such as Mikhail Gorbachev, Justin Trudeau and Elizabeth May; writers like Temple Grandin, Farley Mowat and John Ralston Saul; and spiritual leaders like His Holiness The 14th Dalai Lama of Tibet and Lama Surya Das.

The vast majority of the contributions contained within Global Chorus are completely original, with some coming from public speeches or previously published sources.

And all contributors to this fundraising book have generously and graciously donated their time and efforts, as proceeds from the sales of Global Chorus will be distributed to a select group of organizations helping to recover, protect and sustain life on Earth.

Global Chorus: 365 Voices on the Future of the Planet is available in Kelowna at Mosaic Books on Bernard Avenue downtown.