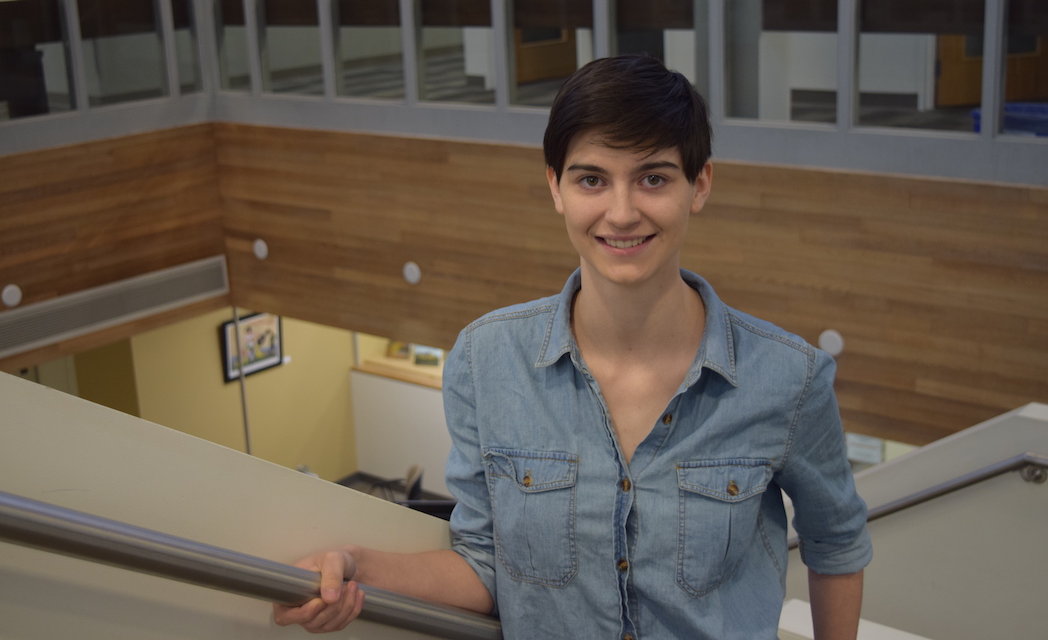 More than 30 budding writers from across the valley put their writing skills to the test in Okanagan College’s 8th Annual 3-Hour Short Story contest and second-year arts student Hannah Stanley has been announced as the overall winner for her original story “The Best Years of Our Lives.”

The 180-minute timed contest was held last month at the College’s Vernon, Salmon Arm and Penticton campuses and at Kelowna Secondary School. The contest was open to Grade 11, 12 and College students who competed for four regional prizes of $250 in tuition credit. From the regional winners, an overall winner was selected to win an additional $500 credit and have their story published in a limited fine-print edition by Kalamalka Press. 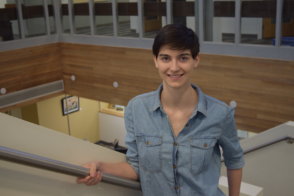 “I woke up in the morning feeling very uninspired and I went into the contest without any prior story ideas or anything worked out in my head in advance,” says Stanley. “It actually wasn’t until the clock started and I heard the mystery phrase that I found inspiration and knew what I was going to write about.”

The contest challenges authors to integrate a mystery phrase, revealed at the start of the competition, into their stories. This year’s phrase, “frozen fish sticks,” immediately gave Stanley an image from her childhood of eating fish sticks and ketchup straight off the table, without a plate.

Her winning story is loosely based on her childhood experiences and is told from a child’s perspective about what life was like one year when, unknown to Stanley, her mother was experiencing depression.

“The goal of the story is to kind of take away the stigma of parents with a mental illness like depression who are worried they’re not a good enough parent or are somehow ruining their children’s lives,” explains Stanley. “The child doesn’t notice anything wrong with her mother and actually finds it to be one of the best years of her childhood because she gets to eat unlimited freezies, has tons of sleepovers and finds eating without plates or cutlery incredibly fun.”

Stanley’s story was one of many captivating narratives from the contest which drew out a diverse group of authors aged 16 to 43.

“We saw a large age span this year from previous years which added a lot of interest and made the competition pretty close – it was tough to choose just one overall winner,” says Dr. Sean Johnson, contest organizer and English professor at the College. “There is almost a 30-year age difference between the regional winners which just goes to show the uniqueness of this competition, that regardless of age anyone can win.”

Darby McEachern-Corley was declared the Salmon Arm regional winner for “The Eyes Never Lie,” Dawn Naas’s “Un-Fragmenting Thoughts” was selected as the Vernon regional winner and Parker Arcand took home the Penticton regional award for “Hearts of Metal and Ice.”

This year’s winning stories can be read online at www.okanagan.bc.ca/3hourwriting.