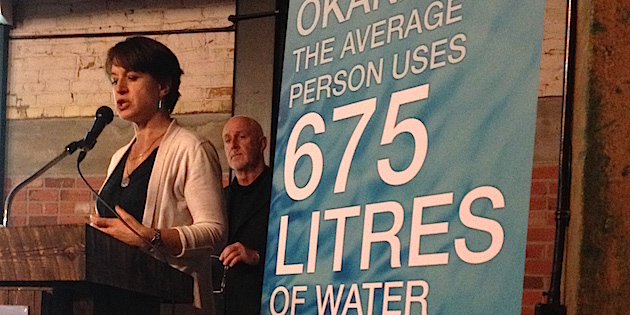 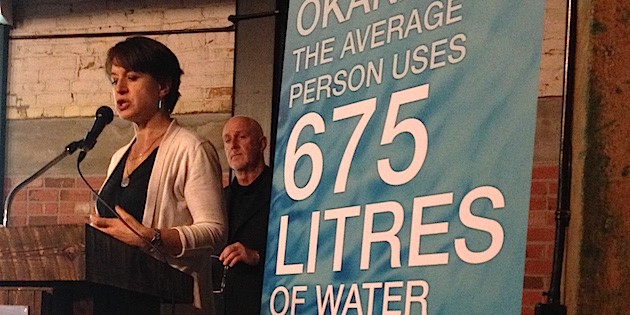 “Water binds us together, as humans and with all other species, as shared inhabitants of our watery planet,” says Anna Warwick Sears, executive director of the Okanagan Basin Water Board. “This bond is the link to our future.”
When someone has this kind of passion for what they do, they are bound to succeed. When that passion includes water conservation, water improvement and wetlands, you know we’re in good hands.

Born in the United States, Anna moved to BC at age six, but lived as an adult in California. In 2006 she returned, and the Valley gained a strong voice. “I just love it here,” she says. “It’s where I feel at home. Anywhere I lived, I always told people I was from British Columbia. I think I imprinted on the big lakes as a young child.”

Anna did her doctorate in population biology, the science of how populations grow or go extinct, doing research in the Arizona desert. “I’m not a hydrologist.” she says. “I started out looking at competition for water and other resources.”

Translating that background to the Okanagan Basin Water Board, Anna and her team focus on protecting the lakes.

“Water links together so many different things,” she says. “It links together our population and the natural environment, and what we can do for growing things and industry. You can’t have life unless you have water.”

The Okanagan has always had a variable climate and with future climate change we are likely to have longer, hotter, dryer summers. With that comes more demand for irrigation. “We have enough water right now in most parts of the Valley, but we don’t have enough for an extended drought,” says Anna. “It’s an area where there can be conflict. It’s also an area where people will let down their barriers to work together to protect the water source.” 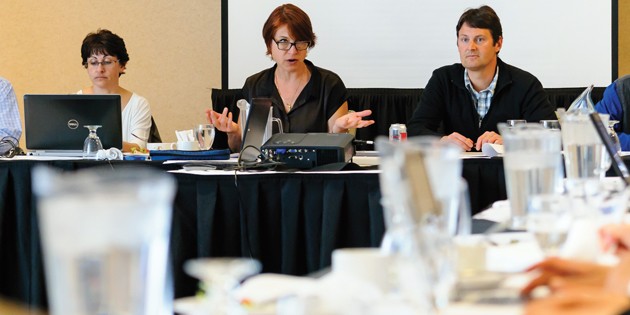 Part of her work is to provide grants for water projects in the Valley, and they also receive grants from senior government. “We’ve done a water supply and demand study for the Okanagan and the ways water is used. We are involved in a wetlands strategy. It’s a lot about funding.” Because of her interest in grant making, Anna also serves on the board of the Real Estate Foundation of BC. 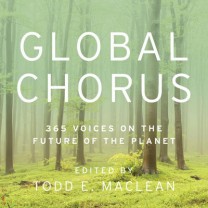 Recently she was asked to submit work for a project entitled Global Chorus?: 365 voices on the future of the planet. When the book came out, Anna was delighted to discover her contribution was directly after Stephen Hawking’s. Other contributors included Maya Angelou, Robert Bateman and Archbishop Desmond Tutu. “The way I see it,” she says, “the future of humanity is about water.”

Despite her busy life, Anna is as excited as ever. “I am so passionate about this work. There is nothing else I want to do. The world population is growing. There will be somewhere around 9 billion people in the world in the next 30 years. Other places are getting degraded. More and more people will be moving to Canada and the Okanagan. We have to learn how to share and work together. It’s a privilege to work on such an important thing.”

Anna points out that the City of Kelowna’s motto is Fruitful in Unity. “Working together is already part of the cultural fabric here,” she says. “We will have to focus more on that to maintain what we love. It’s a question of careful management—that is something everyone can agree on.” 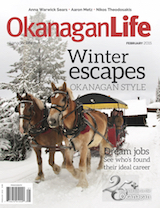 Our February issue features the Good Life in the Okanagan from big bold red wines to winter staycations. It's a Journey to the Dream Job with Dona Sturmanis and a feature on Pension Peril from freelancer Dawn Renaud.  We’re also in the kitchen with Okanagan chef Nik Theodorakis of Theo's Restaurant, a long standing best restaurant award winner.