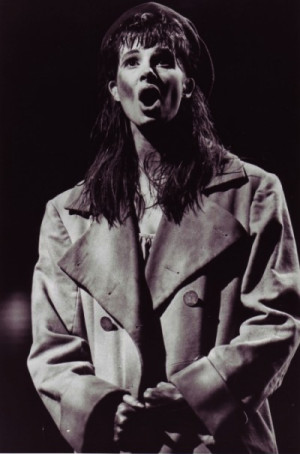 Appearing under special permission of Canadian Equity Actors Association, Karlisa Lindgerg Hiebert returns to her favorite production after over a thousand performances in the Toronto company playing Eponine in the Canadian National Tour of Les Miserables. Photo: Joan Marcus

The Revolution is Coming

The musical adaptation of Victor Hugo’s timeless novel, Les Miserables,  has been thrilling and inspiring its audiences—from London to Broadway, from Asia to Australia—for over 25 years. Kelowna Actors Studio will perform the production from October 23 to November 10.

Translated into 22 different languages, critics have hailed it as “one of the best musicals of all time,” and no less than “a certified phenomenon; a marvel of musical theatre.”

Les Misérables follows Jean Valjean as he is pursued by the implacable Inspector Javert through some of the most tumultuous years in French history. The musical has won over 50 major theatre awards, including eight Tony Awards and a Grammy and is the longest running musical in London’s West End, and the third longest running in Broadway history.

"This is a stellar professional cast matching the talent level I have seen in productions in New York, Chicago and Seattle," says General Manager Nathan Flavel. "The cast's powerful passionate voices have me wanting to stand up and applaud and we are only in rehearsals. It’s certain to be the most compelling evening of musical theatre that Kelowna has seen."

Appearing under special permission of Canadian Equity Actors Association, Hiebert returns to her favorite production after over a thousand performances in the Toronto company playing Eponine in the Canadian National Tour of Les Miserables.

With 38 ensemble members, this is the biggest cast in Kelowna Actors Studio history.