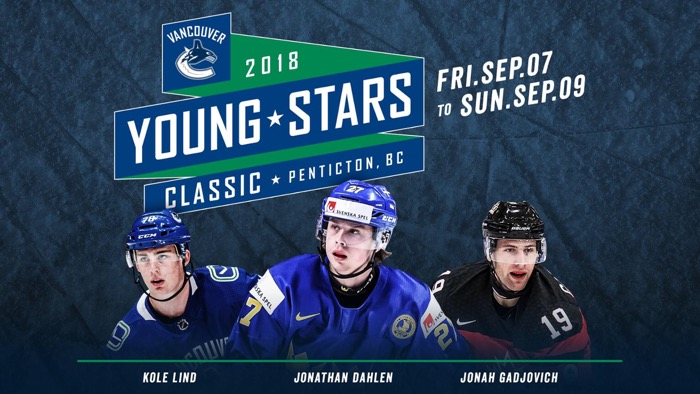 The 2018 Young Stars Classic will return to the South Okanagan Events Centre in Penticton from Friday, September 7 to Sunday, September 9.

“The Young Stars Classic is a fantastic tournament and the City of Penticton does a tremendous job as host,” says Trevor Linden, Canucks president of hockey operations. “While the format and participating teams has changed, fans can still expect a lot of excitement and a high level of competition from both top prospects and elite university programs.”

The Young Stars Classic features two games between the top prospects from the Winnipeg Jets and Vancouver Canucks as well as a two-game series between the University of British Columbia Thunderbirds and CIS Champion University of Alberta Golden Bears.

Full tournament rosters and ticket information will be posted on canucks.com/youngstars and SOEC.ca at a later date.