The Addams Family musical opens at the Kelowna Actors Studio 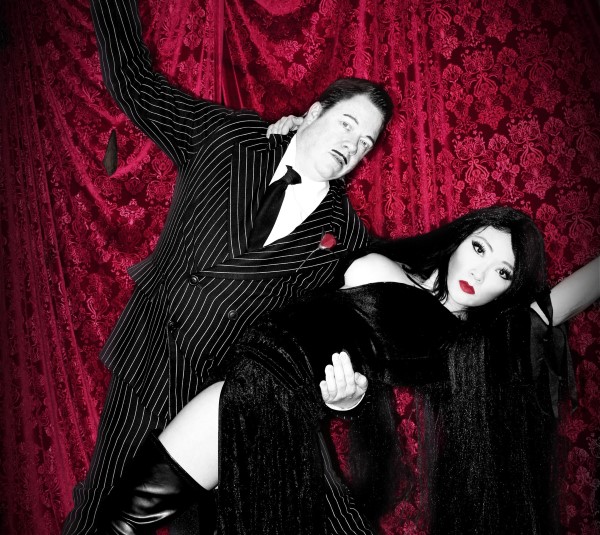 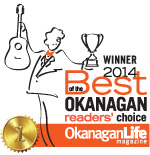 There goes the neighborhood. The creepy, mysterious and spooky The Addams Family Broadway musical sensation takes stage at the award-winning Kelowna Actors Studio April 8 to 25, 2015.

From the creators of the Jersey Boys’ Marshall Brickman and Rick Elice and Drama Desk Award-winning composer/lyricist Andrew Lippa, the frightfully delightful world of Gomez, Morticia, Uncle Fester, Grandma, Wednesday, Pugsley and Lurch come to spectacular life. In this new story, based on the characters created by cartoonist Charles Addams, the magnificent family is put to the test when outsiders come to dinner, hurling them into a night that will permanently change their lives.

In a prolific career spanning six decades, Charles Addams created several thousand cartoons, sketches and drawings, many of which were published in The New Yorker. But it was his creation of The Addams Family characters that brought him his greatest acclaim. His unique drawings combined the twisted, macabre and just plain weird with charm, wit and enchantment. They have entertained millions worldwide and served as the inspiration for multiple television series, motion pictures and, now, a new stage musical.

After recently performing Jean Valjean in the smash hit Les Miserables and Albin/Zaza in La Cages Aux Folles, award winning artistic managing director, Randy Leslie returns to the Kelowna Actors Studio stage to play Gomez. Leslie was the recipient of the first-ever Okanagan Angel Award for his contribution to the local arts scene, received the City of Kelowna’s civic award for Honour in the Arts, and was recently nominated for Arts Educator for the Okanagan Arts Awards.

Morticia will be played by Lyndsey Wong who portrayed Madame Thenardier in Les Miserables, Marta in Stephen Sondheim’s Company, and as numerous roles in Shrek-The Musical. Other credits include the Magic Flute and Gianni Schicci at the University of Alberta (B.SC/Classical Voice).

Appearing as the parents of Wednesday’s love interest, Mal and Alice Beineke, are Casey Easton and Delphine Litke. Easton recently appeared as Fagin in Oliver, and Smudge in KAS’ recent successful run of Forever Plaid. Delphine is no stranger to the KAS stage having played Nancy in Oliver, The Dragon in Shrek and most recently the Mother/Teacher in the hilarious children’s production of Freckleface Strawberry.
Marisa Piattelli plays Wednesday Addams. Past credits include numerous musicals as well appearing as Zaneeta Shinn in Music Man. She is currently preparing for the role of Ariel in the Performance Troupe’s Footloose.

The fantastically funny Ron Green will take on the role of the incorrigible Uncle Fester. Green has appeared on the KAS stage numerous times, including Oliver, Music Man, La Cages Aux Folles, and My Fair Lady.

Director and executive producer for the production of the The Addams Family is Nathan Flavel, with assistant director Margaret Gobie. Flavel has directed and choreographed several shows for the Actors Studio including Les Miserables, Miracle on 34th Street, Sweet Charity and White Christmas. He is the recipient of the Kelowna Chamber of Commerce’s Young Entrepreneur award, the 2012 Okanagan Arts Award for Theatre, and the 2011 City of Kelowna Civic Award for the Honour in the Arts.

Resident Music Director Roslyn Frantz continues her outstanding work on this production, and the zany choreography is mastered by Jennifer Davies.

Tickets for The Addams Family are on sale now at our new Orchard Park Shopping Centre location, next to the Rogers Wireless and across the hall from Cinnzeo. Performances are Wednesday through Sunday with show only or dinner theatre tickets available.