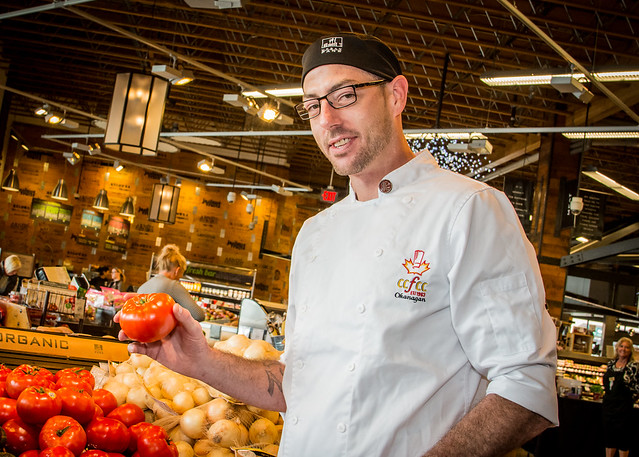 A top grocer in Kelowna, Urban Fare, is lending support to the junior chefs from the Okanagan Chefs Association and Okanagan College as they pair up during the sparkling reception at the annual culinary event, Earth Wind Fire, a fundraiser for The Nature Trust of BC.

“This is the eighth annual Earth Wind Fire event which is absolutely amazing!” says Chef Stu Klassen of the Okanagan Chef Association. “It’s bringing the junior chefs together, the Okanagan chefs together and also bringing Culinary Team British Columbia together under one roof for 300 people with food stations paired with wine — it is the culinary event of the year.”

To begin the grand evening, the junior chefs will prepare three hors d’oeuvres to be served with Summerhill Pyramid wines, Tree beers and Scenic Roads ciders. Urban Fare has donated the food for the sparkling reception.

Store manager Scott Nazaruk welcomes his new shoppers. “Urban Fare is a unique store and we offer items so the customer can create an experience,” he says. “As part of our commitment to the community, we’re pleased to support inspiring chefs and partner at this beautiful event that will truly be a food experience not to be missed.”

Student Nathan Robinson is excited to begin his shopping spree. “You can get products you wouldn’t find in a regular grocery store, and there’s a great selection of specialty and organic produce.” Nathan will prepare sticky duck with fresh grilled fruit salad on top.

Fellow student Rachel Broe has chosen a vegetarian dish, a serving of tomato jam on an herbed crostini with avocado basil gel and lemon beets. Junior chef Eric Lee will celebrate his Korean roots with his creation: sous vide miso pork belly with smoked oysters in a Belgium endive. 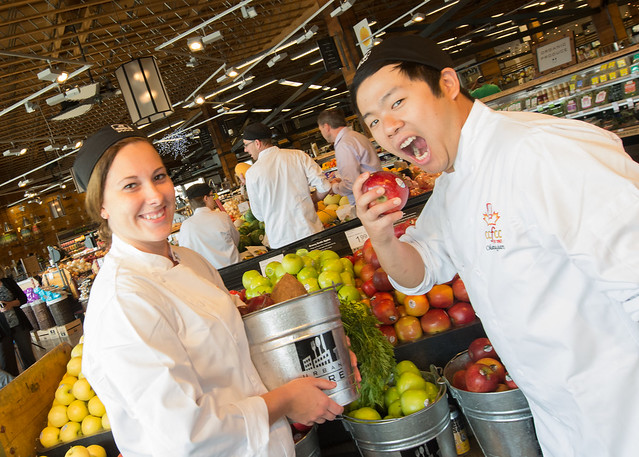 “We wanted to do something in one or two bites that guests can just pop it into their mouth while enjoying a glass of sparkling,” says Melissa Masters, junior director with Okanagan Chefs Association who is leading the team of young chefs.

Following the reception, guests will tour 14 chef-attended stations, featuring entrees and desserts prepared by the chefs of team Okanagan and team BC.

Up for grabs at the live auction are intimate food experiences, including private dinners at the Cactus Club Café in Kelowna, Joe Fortes Seafood and Chop House in Vancouver, Culmina Famiy Estate Winery and an Iron Chef battle, a six-course Oceanwise seafood dinner featuring the talents of Chef Ross Derrick and his challenger Chef Alex Lavroff at The Table at Codfathers Seafood Market.

Earth Wind Fire takes place at the Delta Grand Okanagan Hotel in Kelowna on Saturday, June 18 to mark 45 years of land conservation by The Nature Trust of BC. Proceeds from the event will benefit land conservation efforts in the Okanagan.

Tickets are $175. Those wishing to help conservation efforts, in lieu of attending the event can make a donation to The Nature Trust of BC. To donate or purchase tickets call 1-866-288-7878. 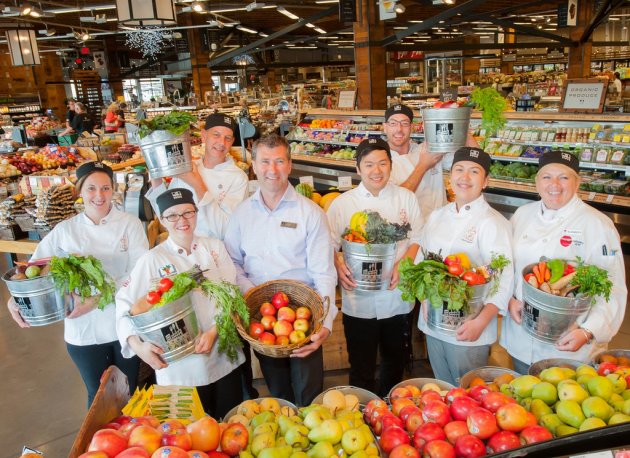 The first Urban Fare opened its doors in 1999 in the revitalized former warehouse district of Yaletown, in Vancouver’s city centre. Today, they’ve grown to include a total of four Vancouver stores and one location in Kelowna. Urban Fare brings all the good stuff that’s made by right in our own backyard, from Vancouver Island cheese and Western Canadian grown produce, to breads, cakes and cookies baked fresh right in the store. Committed to providing sustainable, ocean-friendly seafood, Urban Fare is a proud partner of the Vancouver Aquarium’s Ocean Wise program.