Resorts wrap up ski season in the Okanagan 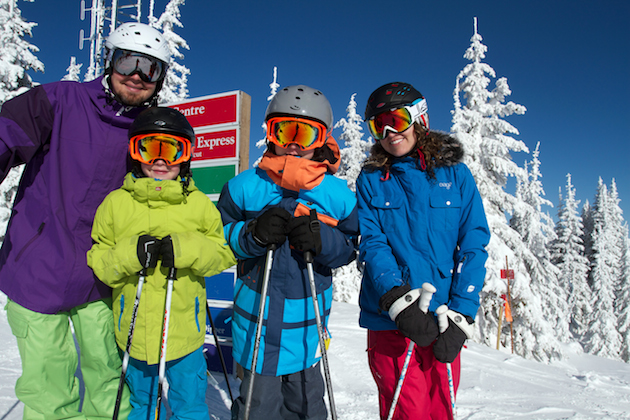 Spring is in the air and for Okanagan ski resorts it's time to wrap up the winter season. However, they can’t possibly say goodbye to the snow without a good send off.

Silver Star Mountain Resort will launch its inaugural couch race on April 6 as teams will race a couch that has been mounted with skis through the village on a gradual slope. At grabs $500 in prizes up for grabs.

“Closing day is always a party, a chance to gather your best Jimmy Buffet shirt, splash on the sun screen and soak up the rays for one last time," says Anne Haight, director of sales and marketing at Silver Star Mountain Resort. "We encourage everyone to line up at the top of Milky Way and do a “hero run” down the mountain. Then, enjoy some après ski on the deck with a nice cold beverage under the warm Okanagan sun.”

Silver Star closes its alpine terrain on April 6 this year. For its last weekend (April 4-6), the resort will be celebrating spring skiing with a Retro Day on April 5 where guests are invited to dust off their old school ski outfits for a fashionable day on the slopes. A fashion show at 3pm will give retro spring skiing enthusiasts the opportunity to strut their stuff on the runway. April 6 is Hawaiian Shirt Day and all season pass holders are invited to attend a free barbecue hosted by Silver Star managers.

At Big White Ski Resort, hundreds will gather on closing day April 13 for the Dummy Downhill. Usually about 12 teams compete, having constructed their “dummies”, which have to be between 2-10 feet in height and weigh under 150lbs. There are prizes for the dummies that catch the biggest air, sickest crash, and fastest run, as well as for best design and costume. The action starts at 1pm and is open to anyone who likes a good crash.

Before the final big bash, Big White is host of the Canadian Snowboard Cross Championship on April 5 and 6. Olympians Chris Robanske of Calgary and Kevin Hill of Vernon will compete in the seniors competition on Sunday. Juniors will take place Saturday. The event draws local athletes, BC athletes and members of both the national and national development snowboard teams.

Olympic Roundup: Kevin Hill I raced my heart out

“I raced my heart out for Canada today and did everything I could to get a medal,” posts Kevin on his social media channel. See the full post >>>