Poetry Off the Page

The royalty of Canadian literature is on campus this week at UBC.

Five of Canada’s most celebrated poets – award winners all, among them two Parliamentary Poet Laureates and a UBC writing professor – will share the stage at UBC’s Okanagan campus for a public reading of their works on Thursday, Aug. 1, 2013 from 3 to 5 p.m. 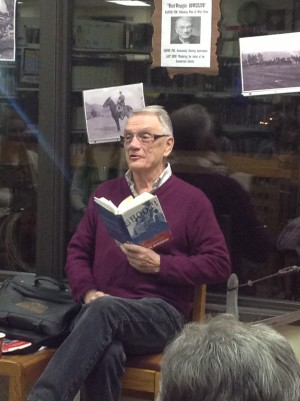 The five invited poets are all acclaimed Canadian writers:

“It’s a rare opportunity to have these five poets together reading at the same event, and UBC has been a particularly special place for them,” says Karis Shearer, assistant professor of English in the Faculty of Creative and Critical Studies at UBC’s Okanagan campus.

“Sharon Thesen is a current faculty member here in Creative Studies and has been an inspiration for many student writers,” says Shearer, who organized the readings. “The four other poets were undergraduates themselves at UBC in the 1960s where they began developing their craft, mentored by their professor, Warren Tallman.”

Thursday’s poetry readings are part of Editing Modernism On and Off the Page, a week-long academic summer institute being attended by literary scholars from across Canada. The event is sponsored by UBC, Editing Modernism in Canada, the Social Sciences and Humanities Research Council of Canada, and the UBC Alumni Office.

“The summer institute brings together participants to discuss editorial theory, or the philosophy behind editing books, archives, and audio recordings,” says Shearer, who is co-directing the institute with Dean Irvine, associate professor of English at Dalhousie University.

“We’ll be studying different editorial approaches and problems – essentially, how texts come to look as they do when they reach readers, whether on the printed page or in digital format,” says Shearer. “We’ll also be thinking about how to improve or enhance reader experience with texts, whether digital or audio.”

Free public talks at the Editing Modernism On and Off the Page summer institute take place every day this week from 1 to 2:30 p.m. in the University Centre Ballroom (UNC 200), 3272 University Way, University of British Columbia’s Okanagan campus, Kelowna BC.