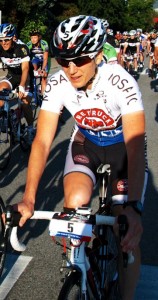 In Italian, granfondo means ‘great endurance’ and the long distance, mass-participation cycling events have become immensely popular in Europe. The 3rd annual Valley First Granfondo Axel Merckx Okanagan is set for July 7 in Penticton. More than 2,600 riders will converge on the South Okanagan this weekend in a 160-km grand tour through the Okanagan Valley. Among the riders will be some of Canada’s top Olympians.

New this year will be the awarding of the coveted polka dotted jersey for the Oakley King of the Mountain Challenge. Riders will challenge each other for the fastest climb on the Peach Orchard Hill, approximately 25 km into the mass participation ride. The route is up Peach Orchard Drive in Summerland.

“The Oakley King of the Mountain Challenge is a new feature we hope will inspire the hill climbers and competitive riders, and build general excitement among all participants in this year’s Granfondo,” says former Belgian cycling champion Axel Merckx.

Also riding on Sunday is three-time Hawaii Ironman world champion Peter Reid who returns to Penticton, the place where he has won two Ironman Canada races. Reid, a member of Canada's Sports Hall of Fame, is a one of the best long-course male triathletes ever. 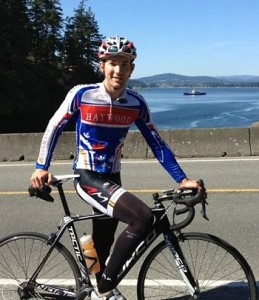 The Granfondo Okanagan features three distances: the Cortofondo at 55 km, the Mediofondo at 92 km and the Granfondo at 160 km. The main ride event begins at 7 a.m. on Sunday, July 7 on Penticton's Main Street, and riders will travel through Summerland, Okanagan Falls, Oliver, and Kaleden before making their way back to the finish line at Penticton's Gyro Park. Last fall, Penticton, B.C. was awarded top cycling destination by Canadian Cycling Magazine.

Meet the Olympians for autograph signing (including Axel Merckx and Simon Whitfield) from 11 a.m. to 11:30 a.m Saturday, July 6 at the Penticton Trade & Convention Centre (Expo floor).