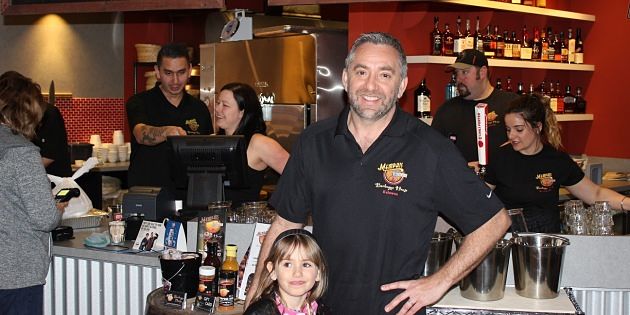 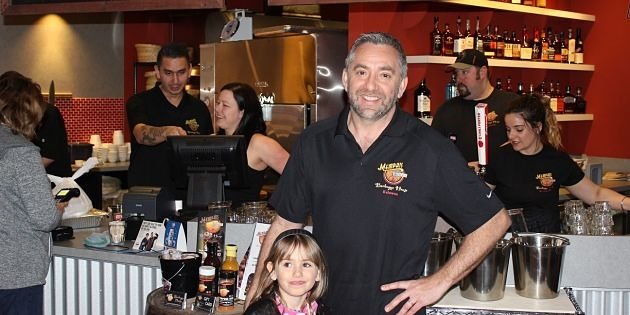 Memphis Blues BBQ House opened its second Kelowna location this month to a full-house. The new location is in the heart of the Rutland community -- on the corner of Rutland Road and Highway 33. Famous for its BBQ smoked pulled pork, beef brisket and ribs, this family-friendly joint is also licensed.

You’ll be sure to find some familiar faces at Memphis Blues Rutland Crossing. Franchise Owner Andre Thomas (pictured above) grew up in the Okanagan and moved back to Kelowna in 2007 as owner of the Bernard Ave location. Key downtown staff have also moved over to the Rutland location to continue the tradition of great food & service.

The new location was built with locals in mind. “We’ve had a very loyal following in Kelowna, and our downtown location has been a hot spot for tourists,” says owner Andre Thomas. “The Rutland community has been asking for a location since we opened downtown and we’ve been committed to building this spot for over three years.”

As a father himself, Thomas is very mindful of providing an atmosphere that is family friendly – with a special kids menu, finger foods, high chairs and change tables, kids will surely have a great time. Plus, as a licensed restaurant with big screen TVs, share platters, beers on tap and a highly sought after Bourbon list, Memphis Blues BBQ House makes for a great destination for a fun night out. “Our first day said it all. The first table was a local family with two kids, followed by couples on nights out, groups enjoying platters and jugs of beer, and a tonne of take-out”, says Thomas.

Memphis Blues has received a number of high profile accolades. This past August, the Downtown Kelowna location attracted the attention of food writers from the Food Network Canada naming Memphis Blues’ as one of the “12 Great BBQ Joints in Canada.”

Rutland Crossing will be the tenth Memphis Blues BBQ House Restaurant in Western Canada. The first Memphis Blues Barbeque House located in Vancouver opened in 2002 by George Siu and Park Heffelfinger. Both Kelowna locations are open daily from 11am till 9pm. Delivery and catering are also available. Joining Memphis Blues in the new Rutland Crossing building are Dominos’s Pizza, and what will eventually be a Starbucks Drive-Thru.