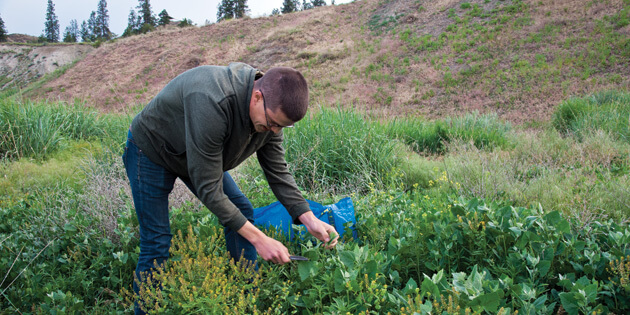 Scott Moran does something few other people in the food business do. He goes right back to food origins. Moran is a wild food forager harvesting dozens of wild plants and mushrooms throughout the Okanagan for use in the region’s commercial kitchens.

His business clients include a number of well-known chefs in the region, like Bernard Casavant, and he delivers his produce to them every day. Scott came into Bacaro in downtown Kelowna while I was talking to Chef Mike Wilkens. He had a big bag of lamb’s quarter. Wilkens bought them in a heartbeat. It goes like that. 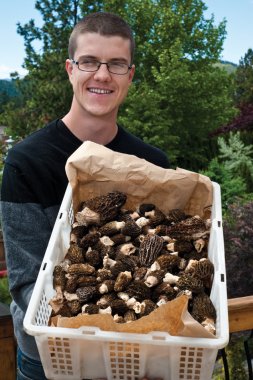 Along with his restaurant customers, Scott also hosts a booth at the Kelowna Farmers’ Market where he offers everything from morel mushrooms to heart-of-cattails, as well as foraging field trips.

Learning to forage for wild edibles is not a course you get in school. “On my dad’s side, we all kind of came up together picking morels and other mushrooms?…?but it was morels originally. It was my summer job a couple of years in a row.”

The family would join mushroom camps in the hills surrounding the Okanagan. Most camps are informal. The mushroom pickers set up wherever the mushroom buyers are—usually close to a burnt over area from the previous year. Fungi love the nutrient enriched soil.

“I spent six weeks one summer, out of the eight or nine weeks we had off, at a mushroom camp living in a tent. No power, no amenities or anything like that. Just kind of living independently. My dad was there too, but he was buying mushrooms while I was just there as a picker.”

The money in mushroom picking is good. “Two hundred bucks is a slow day. If I’m feeling lazy I can go out for five or six hours and have a $200 day.”

But the laid back lifestyle changed when Scott went to Europe in 2011. “Morels are temporary so if I didn’t have them, I really didn’t have anything to do.”

The invitation to go to Europe came from brother, Paul, who was working as a chef in Paris. Scott wanted to learn anything about food that he could. After six weeks he was hired by a UK company called Foragers. 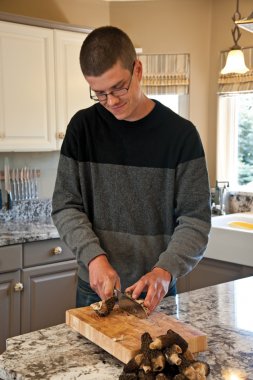 They worked near Canterbury in Kent. “I was paid a wage for about six months. Picking 8, 10, 12 hours a day. I met sales people and they were doing 20 to 30 orders twice a week—mostly to London. Many of those restaurants were among the top 100 in the world.… It was all wild. All greens. No mushrooms, just herbs.”

I caught up with Scott at six a.m in a patch of lamb’s quarter at the base of Knox Mountain. He’d already picked a big sac of the leafy vegetable—an edible member of the goosefoot family known locally as pigweed.

Raw, it tastes salty with more substance to it than lettuce or spinach.

It’s only one of Moran’s harvests. He also collects stinging nettles, miner’s lettuce, choke cherry blossoms, wild herbs, cattails and dozens of mushroom species, going as far as Revelstoke on his quests.

When he has enough people, he also does field trips to teach foraging and would like to do a lot more. He usually takes 10 students and can be reached at the market on Saturday mornings or by email: sco11moran@gmail.com.

As far as recipes go, he’s got a good one for greens: Vichyssoise. “It goes good with lamb’s quarter, stinging nettles, mustards, whatever. You just want to take half a pound and purée it with the soup. The soup recipe itself is made up of potato, onions, stock, milk, water, you add the greens to that and purée it. It’s good hot or cold.” 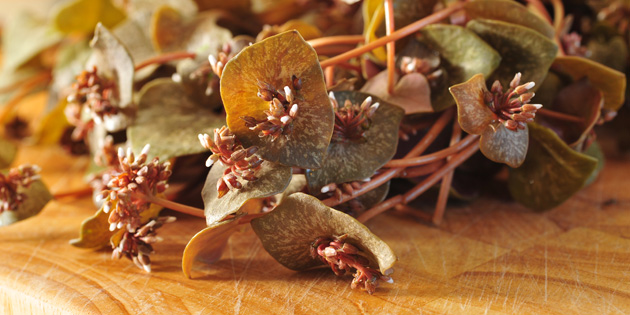