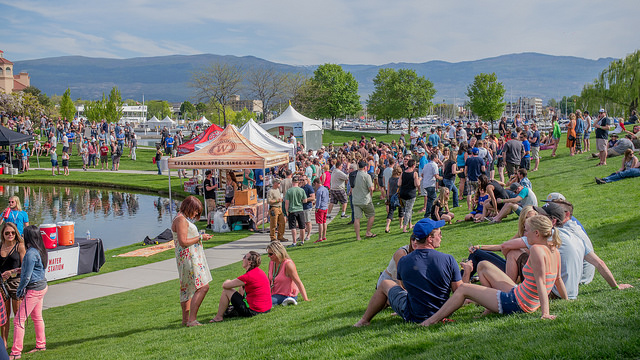 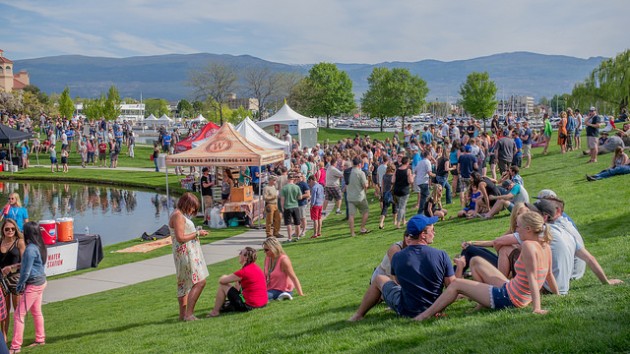 Tickets for the Great Okanagan Beer Festival’s main event go on sale on February 4. The Main event will be held at Waterfront Park in Downtown Kelowna on Saturday, May 14, 2016.

Forty-two breweries have confirmed, and spectators can expect upwards of 120 different craft beers to taste while enjoying the beautiful beaches of Waterfront Park Downtown Kelowna.

“The Great Okanagan Beer Festival is not just another beer festival. Last year we really enjoyed it because it was a chance for us to have face time with an emerging market, for us,” says Chris Bjerrisgaard, Marketing Manager for Parallel 49 Brewing.

In 2015, the Great Okanagan Beer Festival hosted 40 breweries, had over 2000 attendees, around 100 types of beers were poured at the main event and the weather was 30 degrees and sunny. This year we are expecting upwards of 3,000 attendees for the main event.

Advanced general admission tickets for Saturday, May 14, 2016 will cost $35 and V.I.P. tickets will cost $70 and can be purchased at www.gobf.ca.