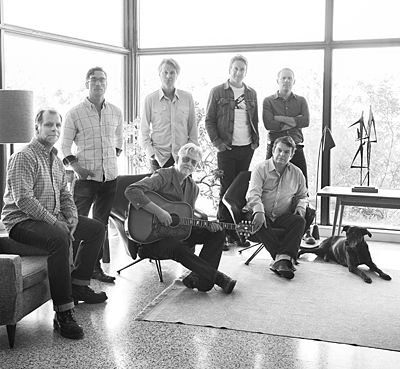 Canadian Music Hall of Famers, Blue Rodeo, will kick off a summer of expanded events at Sun Peaks in 2014. Continuing the recent summer tradition of large scale concerts in the alpine community, the free outdoor concert will take place at the base of Sundance Mountain on Saturday, July 5. Fresh off the creation of their thirteenth studio album, In Our Nature, the Juno award winners are the perfect fit for the 2014 Sun Peaks Summer Concert Series. Building on two years of excellent music events attracting thousands of guests, Sun Peaks is expanding its offerings to include top quality children’s entertainment, including a free performance by The Doodlebops during Canada’s Alpine Blossom Festival on Saturday, August 2, 2014. Based on the popular children’s television series, The Doodlebops Musical Playdate now entertains live audiences around the globe and features rock stars DeeDee, Rooney and Moe. Guests can join the wacky siblings as they sing their favourite songs, tell their wackiest jokes and show off their funkiest dance moves. “We are pleased to be expanding our top quality summer events into the realm of children’s entertainment, as well as furthering our reputation of hosting exciting musical acts in our memorable outdoor venue,” says Christopher Nicolson, president of Tourism Sun Peaks. “Mark your calendars and be sure to include these events in your summer plans.”  2014 Summer Concert SeriesJuly 5, 2014 - Free Outdoor Concert ft. Blue RodeoJuly 19, 2014 - Summer Concert Series event August 15 to 17, 2014 - 5th Annual Retro Concert Weekend – free tribute band performancesAugust 30 - Summer Concert Series event