The Platinum medals showcase the varietals and blends that distinguish British Columbia’s wine region. These were: 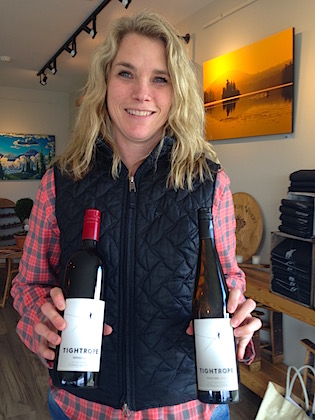 Jackson-Triggs Okanagan Estate Grand Reserve Entourage Sparkling Brut 2010 was named the Premier's Wine, selected from all Platinum medals.  The Premier’s Award was introduced in 2014 as a legacy for the sitting Premier to present annually given the stature of British Columbia’s wine industry across the world.

This year’s competition had a record 560 entries, with 22 gold, 111 silver and 195 bronze medals.  Amongst the winners, the judges singled out from the Gold honourees, six Platinum awards bestowed on wines determined to be the top one per cent of entries.

The oldest and largest wine competition in the province, the British Columbia Wine Awards, is open to all local wineries that use 100% fruit grown in the province. Judging is conducted by a panel of pre-eminent wine professionals from across North America, ranging from wine writers to wine educators. This year’s judging was held at Okanagan College Wine Sensory Lab over four days ending on September 20, and featured the following acclaimed judges:

"This year's BC Wine Awards were a fascinating glimpse at the wines this province has to offer: reds, whites, sparkling, rosés and dessert wines — there were so many excellent wines entered in each category," says Shelley Boettcher, CBC Radio's weekend wine columnist and writer.  "For consumers it's also a wonderful opportunity to get a concise, curated list of the best of the best — a snapshot of this province's finest wines."

The 2015 Founder’s Award recipient is journalist Jurgen Gothe, who was recognized posthumously for his many decades of pioneering contributions in support of the British Columbian wine industry.

The full 2015 results are available at: http://www.thewinefestivals.com/wine_awards/2015-british-columbia-wine-awards-results.