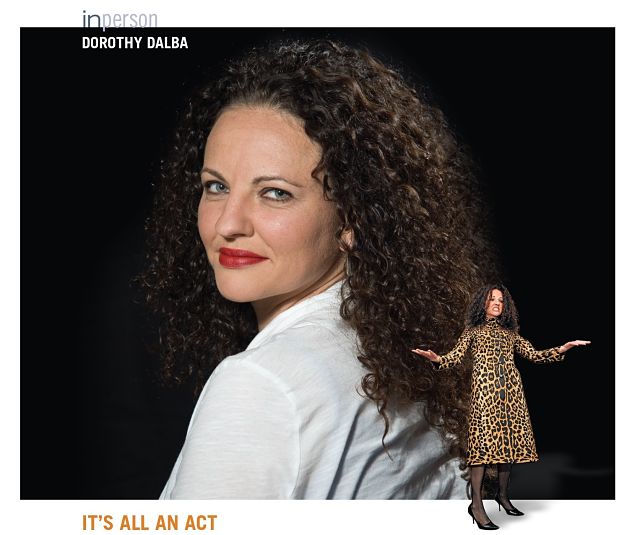 With her Renaissance hair and statuesque figure, your eyes follow Dorothy Dalba wherever she walks on the rehearsal stage. Okay, so the leather bustier, fishnets and stiletto heels for the starring role in Venus In Furs aren’t exactly what Botticelli had in mind for a Renaissance maiden, but then nothing about Dorothy is exactly ordinary.

She was already an award-winning actress with the Kelowna-based Fred Skelton Theatre Company before she set foot on stage for this year’s production. When she left the boards her efforts netted her the Best Actress of the Year at the 2013 Ozone Theatre Festival in mid-May and garnered the company Best Production of the Year.

The funny thing is, acting was not really what Dorothy had in mind when she left school with a marketing diploma from N.A.I.T. (Northern Alberta Institute of Technology) in 1996. She wanted to explore the world and when the opportunity to teach English in Poland came up she jumped at it. The teaching contract was only meant to be a one-year deal, but her time abroad magically stretched out to four.

“It was like something out of the movies,” she says. “I won this singing contest and was offered a CD deal.”

The contest organizers teamed her up with two other girls and gave them the name Orange. “We were the Polish Spice Girls and we went through all the good and bad things the Spice Girls suffered through. The gig finally fell apart after a year when we were on our way to Chicago.”

At least she was close to home turf when the news came that Orange had been turned into so much pulp.

During her time in Eastern Europe Dorothy had made friends with a couple from Allentown, Pennsylvania, and she now joined them, working under the table as a server in restaurants that didn’t look too closely at immigration status.

As a birthday gift, the couple gave her an acting lesson. If this story had followed the standard “a star is born” myth, it would have been love with the first round of applause, but not so. Still looking for something to do with her life, Dorothy moved to Toronto, where she could work legally, and took more acting classes to keep herself entertained.

By this time her mom was living in Kelowna and Toronto wasn’t panning out, so Dorothy landed in the Okanagan and decided to make this her home. To fill in her time she jumped into community activities like dragon boat racing and she Googled “acting in the Okanagan” to discover the Kelowna Actors’ Studio. That was the straw on the proverbial camel’s back. Initially she volunteered around the studio until she saw a notice on the audition board looking for someone to play “Tree #3—Wizard of Oz ensemble” and the acting bug took root.

The roles got better as her confidence and skills grew. Soon she had speaking bits in a variety of productions including The King And I and Godspell. But despite her time as a pop diva, she lacked confidence in her singing voice so she went for dramatic parts.

This netted her the coveted part of Miep in The Diary of Anne Frank, and she was also performing with Bumbershoot Children’s Theatre. Her efforts in 2012 paid off with her first Ozone Festival award—Best Supporting Actress, for her role in The Hundred Dresses—which she shared with Sarah MacFarlane.

Now Dorothy is a commodity on the stage and new roles keep popping up—which she’ll carry off with all the zest of a former Orange girl.

They are currently in the running for a Theatre BC award. Theatre BC's Provincial Community Theatre Festival is on July 5 - 13, 2013  in Kamloops. The awards ceremony is set for 8 p.m. on Saturday, July 13.
www.tbcmainstage.ca