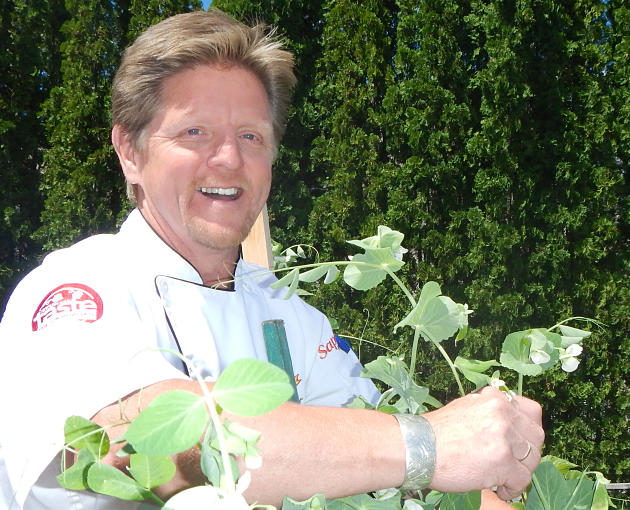 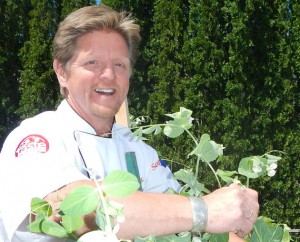 Casavant’s reputation spreads beyond the kitchen – he has also been a major force for improvement in the hospitality industry during his career, and in promoting the farm-to-table movement in the Okanagan and throughout B.C.

“The addition of Chef Bernard to help lead our team of talented professionals signals the importance of the culinary arts to our educational mix,” explains Jonathan Rouse, the Director of Wine, Food and Tourism at Okanagan College. “He brings tremendous expertise, energy and enthusiasm to the role that will help inspire many more chefs who will serve the industry well.”

Casavant has been at the forefront of improving the standards of the hospitality industry throughout his career. In 1986, he was one of the first chefs in Canada to earn Chef de Cuisine Certification (CCC). In 1991, he became the first West Coast-born and trained chef to represent Canada in the prestigious Bocuse D'Or Competition, France, and currently serves as president of the Okanagan Chefs Association.

“I see this as an opportunity to have an influence on how we train tomorrow’s great chefs,” says Casavant. “Okanagan College is developing a solid reputation for chef training and is also importantly taking the lessons of the locavore movement to heart, which we will endeavour to support through our culinary department.”

“There is significant talent in the instructional cadre at the College and I am eager to work alongside the chefs as we help further build the region’s renown as a food and wine destination – not just for tourists and residents, but for aspiring chefs as well. As a region, we are poised to achieve greatness,” he says.

Casavant is a member of the British Columbia Restaurant Hall of Fame. He has held directorships on with the British Columbia Restaurant and Foodservices Association, Industry Training Authority, and the BC Culinary Tourism Society. He graduated at the top of his class from the culinary arts program at Malaspina College in 1976 and was later honoured as a Distinguished Alumni in 2012 by the institution, which has since become Vancouver Island University. His devotion to local food and connections to farmers stretches from the mid-1980s, and is evident in the fact that he was a founding member of Exclusively BC, Farm Folk, City Folk, and a director of Whistler’s Farmers Market.

“Chef Bernard’s passion and influence has been instrumental in changing the image of the Okanagan to one of a true culinary destination,” says colleague and Okanagan College Chef Instructor Geoffrey Couper.

“The list of chefs he has influenced is long and distinguished and the opportunity to join that list by attending the culinary arts programs at Okanagan College will definitely be a deciding factor for future students as they consider their educational options,” he says.