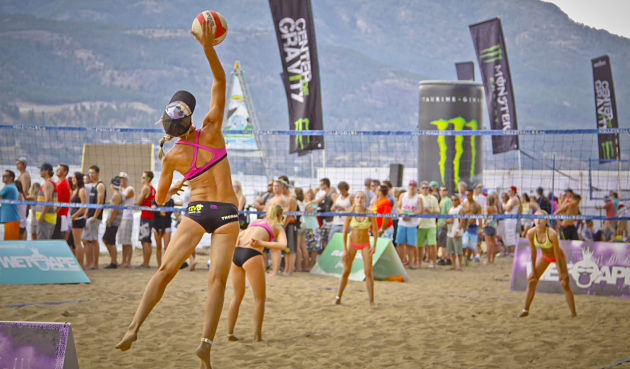 Canada’s Hottest Beach Festival is known for bringing some of the biggest names in electronic dance music, hip hop and live music to Kelowna, but it’s the eight sports, played in five zones, with over 150 pro athletes competing for some of the country’s highest prize pools that really sets Monster Energy Center of Gravity apart from any other festival in Western Canada.

The Sports Zones run all weekend, starting at 9 am until 8 pm.

Truly a fan favorite, the Dirt Zone is a mix of adrenaline and technique featuring both FMX (freestyle motocross) and FMB (freestyle mountain bike) on side-by-side courses. Hosted by mountain biking icon Steve Romaniuk, the FMB course gets bigger and better each year. The FMX course provides heart-pumping action brought to you by a team of Canada’s best show jumpers put together by Reagan Sieg. Can cans, Supermans, and Backflips? No problem - these boys know how to keep a crowd on the edge of their seats.

The Water Zone’s System 2.0 overhead cable by Sesitec will tow some of the top names in wakeboarding and wakeskating back and forth across a massive pool on Hot Sands Beach. The course will feature two rails and a kicker, giving riders the chance to hype up the audience with flips, spins and rail slides. On a hot summer day in the Okanagan, the Water Zone is the best place to cool down as spectators are guaranteed to get wet if they lock down a front-row spot.

The Urban Zone lives up to its name bringing the feel of street riding to the middle of Kelowna’s City Park. The Bakery Boardshop and local BMX pro Joey Krank will team up again to build a park tailored for skateboarding and BMX featuring rails, quarter pipes, boxes and a 30’ half pipe. Focused on promoting and developing local talent, it will play host to some of the Okanagan’s best skaters and BMX riders. These boys lay it all on the line throwing down their best tricks for the  crowds.

Center of Gravity began as a Beach Volleyball contest, so they always spike this one hard. Featuring one of the country’s highest prize pools ($11,500), some of North-America’s top pro men’s and women’s doubles will duke it out on Hot Sands Beach for the top spot. The finals will also be televised live on Shaw TV on Sunday, July 27. For those who want in on the action, Rec Grass Volleyball tournaments are open to the public each day in Mixed 3’s, 4’s and Reverse Doubles. This is a great way to see the event and be part of the action! Participants must register in advance at www.centerofgravity.ca.

Got game? The Hoop Zone athletes do! The stakes are high for this 4 vs. 4 open-format, full-court tournament, with some of Western Canada’s top basketball players vying for the $5,000 prize pool and bragging rights for the rest of the year. Always a fan favourite is the Slam Dunk Contest with the most impressive dunk taking home $500. 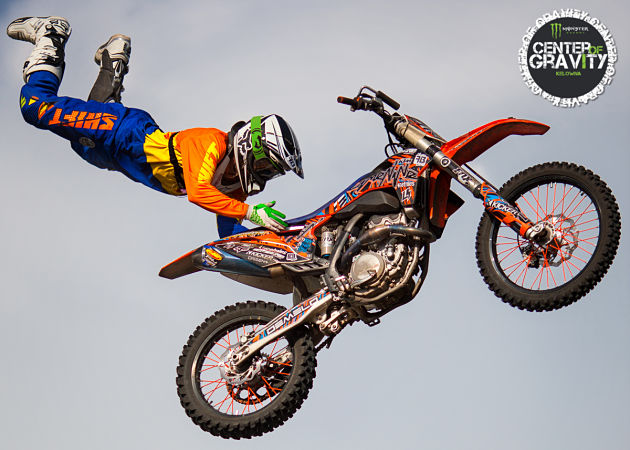