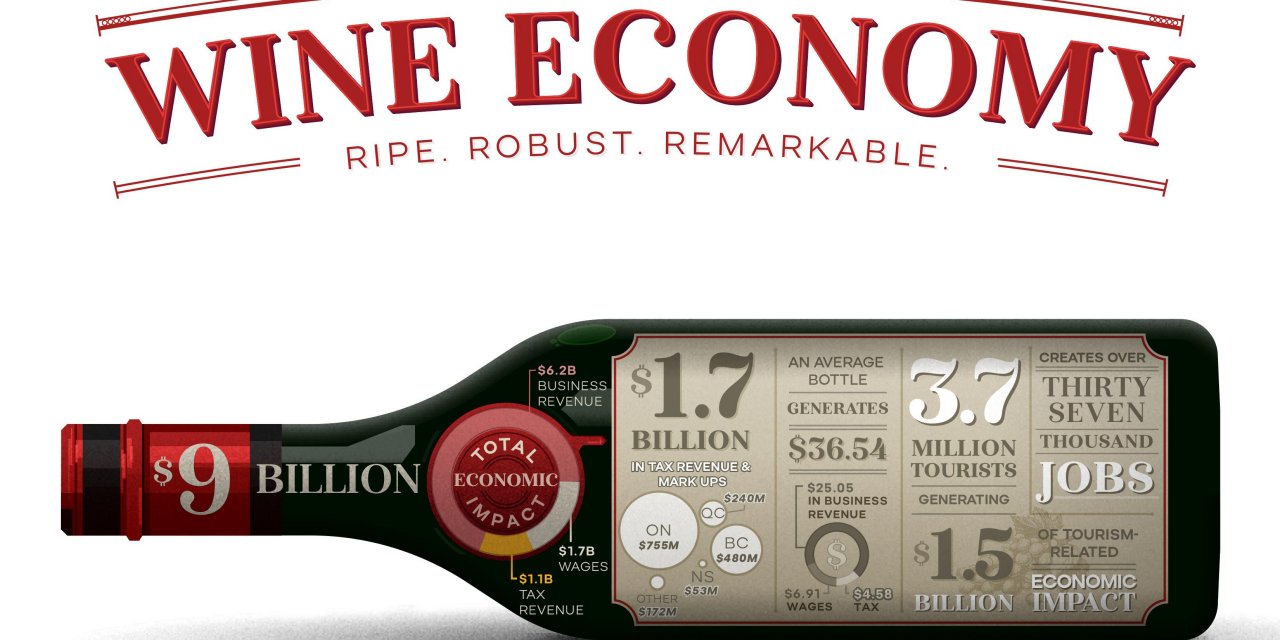 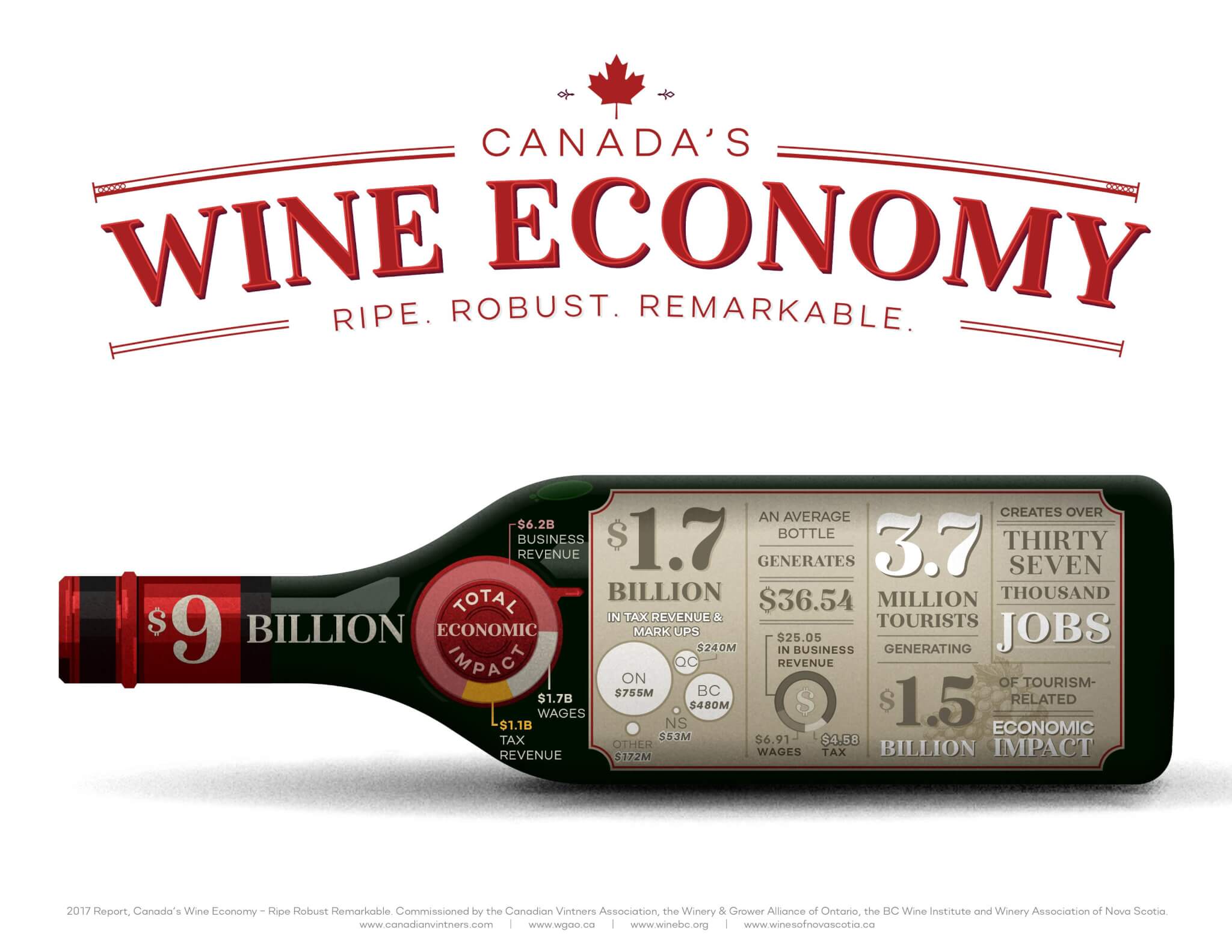 Canadian wine industry production has an annual national economic impact of $9 billion, reveals a research study conducted on the Canadian wine and grape industry. The industry's value has grown 33%, up from $6.8 billion to over the period 2011-2015.

The wine and grape industry is a Canadian success story, employing over 37,000 Canadians.

Wine consumption in Canada continues to grow as many Canadians are reaching for a glass of wine over spirits or beer. With Canadian wines presently representing only 30% of total wine sales across the country and imported wine at 70%, there is enormous potential for Canadian wine sales growth which would benefit the entire national economy. An average bottle of wine sold in Canada there is $36.54 of domestic economic impact generated in the country.

"Every dollar invested in the Canadian wine economy stimulates more jobs, more revenue and more taxes," says Paszkowski. "We contributed $9 billion to the national economy in 2015 or $1 million every hour, which is 33% more than in 2011."

The independent study was conducted by Frank, Rimerman + Co., a leading international accounting and research firm in the wine industry, which has conducted similar studies for other winemaking regions around the world.