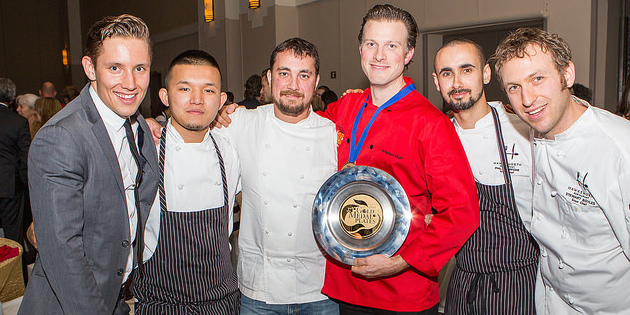 The top chefs from each of the 11 cities in Canada have been selected by a national and regional panel of judges and they are preparing to compete for the honour of being the Gold Medal Plates champion.

The line-up for the Canadian Culinary Championships include:

During the Gold Medal Plates project over 100 competing chefs create their ultimate dish and pair it with a premier Canadian wine, beer or spirit. A team of food and wine critics from each city work with national critics to determine the top three winning creations and then a gold, silver and bronze medal winning chef is crowned. 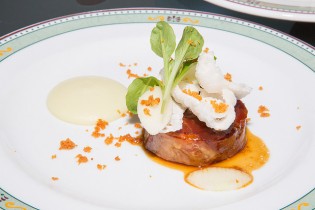 "We crowned a complex merlot-cab-malbec blend as Best of Show, a maturing 2010 from Lake Breeze Winery called Tempest that displayed riveting tension and great depth, and will likely do so until the end of this decade at least," says judge David Lawrason. "A very close second came another maturing 2010 red from the Okanagan; this time the rich, balanced, big Tinhorn Creek Oldfield Series Pinot Noir. In second runner-up spot came a powerful, complex, almost Meursault-like chardonnay – Meyer Family’s 2012 Tribute Series Kelly Hrudy from their Old Main Vineyard near Okanagan Falls."