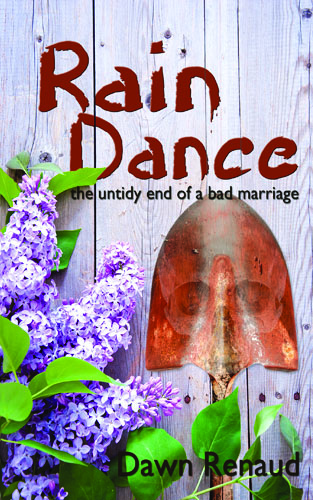 A Q& A with Laurie Carter 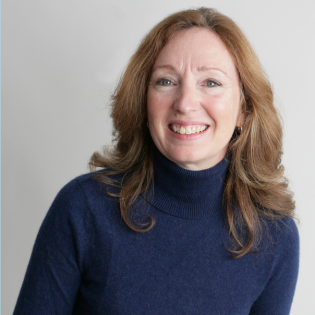 What is Rain Dance about?
The untidy end of a bad marriage. It opens with Ellen burying Stan, at night, in the rain. Alongside Government Street.
What inspired you to write this book?
The city was replacing the storm sewer system, and I figured it was a great opportunity to dispose of a body. Rain Dance was an entry for Okanagan College’s short story contest, but those characters weren’t satisfied; now it’s a novel.
Who are your intended readers?
People who enjoy who-dun-its with a little dark humour; readers who don’t have time to commit to longer novels.
How much research did you need to do?
None, really. I re-jigged my Penticton neighbourhood a little, bounced motorcycle-related stuff (for a sub-plot about bike thefts) off my husband—a much better man than Stan, and still safely above ground. Oh, and I flipped through The Complete Works of William Shakespeare as needed.

Have you written other books?
Finding Grace, a very dark novella about kids who have been isolated by their violent father. Intense subject matter, from the point of view of one of the children—so the language is accessible to adults who struggle with reading, too.
Do you plan to write more books?
I’m working on Storm’s Edge, which unfolds parallel to Finding Grace with some of the folk from Rain Dance; plus a sequel, Macy’s Game, which brings together the surviving characters from both storylines.
How would friends describe you?
Determined. Insatiably curious. Hideously independent.