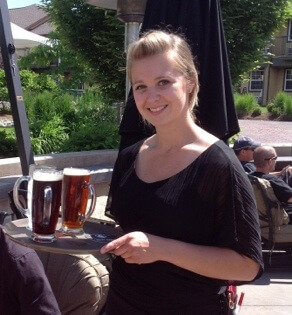 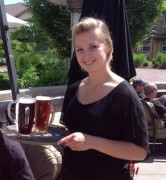 Beer is the most popular alcoholic beverage in the country, accounting for 8.1 per cent of all household spending on food and beverages. Canadians bought the equivalent of 235 bottles of beer per person in 2012 at beer and liquor stores and agencies.

In 2012, residents in Newfoundland and Labrador, Quebec and the Prairie provinces consumed more beer than the Canadian average; British Columbians consumed the lowest amount.

"Beer has been a part of Canadian life for hundreds of years," said Pedro Antunes, Director, National and Provincial Forecast. "The beer economy is a significant employer. No matter where people buy beer, they support jobs across the country."

The Conference Board estimates that total beer sales — including stores and on-premise-sales at restaurants, pubs, airports, trains, concerts and sporting events — averaged $12.3 billion annually between 2009 and 2011. Consumption accounted for $13.8 billion annually in economic activity during this period, equal to $1.12 for every dollar spent in real-dollar terms.

The beer economy in Canada is much larger than the brewers themselves — it includes retail sales, transportation and wholesale distribution, and the agricultural products needed to make beer. The beer economy supports more than 163,000 jobs across the country — one out of every 100 jobs.

British Columbia has 72 breweries, second only to Ontario. Almost 19,000 jobs in B.C. and the three territories are due to beer consumption locally and across Canada.

"Canada is known globally for making great beer," said John Sleeman, Founder and Chair of Sleeman Breweries Ltd. and Chair of Beer Canada. "But the impact of beer on Canada's economy goes much further, supporting more than 160,000 jobs in every province and territory."

"Our knowledgeable brewmasters are fortunate to have ready access to the high quality malting barley grown in Western Canada and clean fresh water, two of the four key ingredients in beer," continued Sleeman. "Brewers bring water and malt together with hops and yeast to make great beer which engages a value chain that creates jobs, economic wealth and tax revenues for every level of government."

Beer consumption generates $5.8 billion in annual tax revenues for federal, provincial, territorial and municipal governments. For every dollar spent, 44 cents goes to government in the form of personal income taxes, corporate income taxes and taxes on products (such as sales taxes).