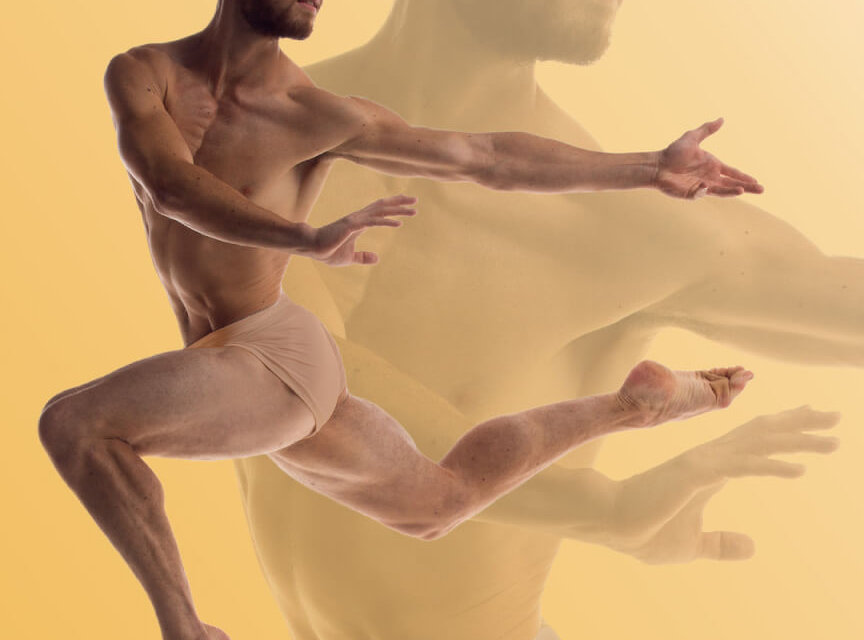 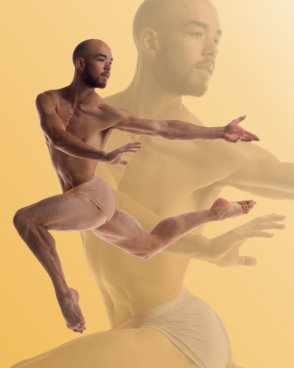 Fresh from the Company’s successful Toronto and Beijing debuts, Ballet Kelowna launches its 16th season of captivating and innovative dance with Autumn, a dynamic mixed program presented at the Kelowna Community Theatre on November 16 and 17 at 7:30 p.m.

A multi-faceted celebration of the splendour of the fall season, Autumn features two premieres of two highly-anticipated works from lauded Canadian choreographers – Schubert from internationally renowned choreographer John Alleyne and In Between by rising star Alysa Pires, in addition to the return of Pires’ vivacious audience favourite MAMBO, previously commissioned by Ballet Kelowna in 2017, and most recently closing Toronto’s premiere international dance festival, Fall For Dance North (FFDN), to thunderous applause and standing ovations.

“As Ballet Kelowna explores the vibrant and powerful force of nature’s autumnal season, we are delighted to showcase the incredible depth and dynamism of dance that exists in our hometown of Kelowna,” says Ballet Kelowna’s Artistic Director and CEO Simone Orlando. “Having recently returned from our company debut at Toronto’s FFDN Festival and Beijing’s China International Performing Arts Expo, we are thrilled to share with our home audiences our commitment to the creation and celebration of works by Canadian dance artists, recognized on the national and international stage.”

Following the incredible success of A Streetcar Named Desire, Ballet Kelowna will open the program with another company premiere by Alleyne titled Schubert. First mounted by Ballet BC in 2000 as a tribute to Canadian ballerina Jean Orr, the work displays the ethereal transience of the autumnal season, celebrating the life of a dancer in three scenes: youth, beauty, and wisdom. Alleyne’s neo-classical piece set to Schubert’s breathtaking Trio in E Flat Major, Opus 100 will be performed by Ballet Kelowna’s full company of dancers. “Inherent in Alleyne’s signature vocabulary are sensuousness and sophistication,” (The Georgia Straight), as the dancers, emblazoned in golden yellows and earthy oranges, convey the rhythmic and inevitable cycle of life.

Audience members will then be transported to the enchanted yet haunting seaside in the Western Canadian premiere of In Between by dance luminary Pires. The work was developed through The National Ballet of Canada’s Choreographic Workshop and premiered as part of The National Ballet’s Five Creations in January 2018. Hailed by The Globe and Mail as “a polished, cohesive, and energetic ballet” and the “discovery of the evening,” Pires remounted her work that same year as part of The National Ballet’s annual gala at the Four Seasons Centre for the Performing Arts. A reflection of Pires’ own life story as a native Vancouver Islander and transplanted Torontonian, In Between is a meditation on a life divided between two places – a past intrinsically linked to body and soul, and a future that lights the way forward. Inspired by the constant churning and ebb and flow of the ocean, the work draws inspiration from nature and its powerful connection to our existence.

In Between’s original composition by composer Adam Sakiyama, is reminiscent of the dramatic fall storms witnessed in a temperate coastal climate. Sakiyama uses arpeggiated ostinatos to drive sections in the score forward, depicting the incessant rolling of waves and relentless rainfall. Flourishes of piccolo and glockenspiel evoke lightning strikes, and percussion is added as thunder rumbles. As the tempo slows, the sea is calmed, offering a momentary equilibrium between the push and pull of the dramatic rainstorm.

To conclude the evening’s program, audiences will be treated to the return of Ballet Kelowna commissioned MAMBO, choreographed by Pires. A sweet, silly, sensual and sassy piece featuring Ballet Kelowna’s nine talented artists. MAMBO offers a gleeful retreat from the burdens of daily life.

During Ballet Kelowna’s presentation of Autumn, audiences are invited to enjoy a complimentary tasting of Quails’ Gate Chardonnay. Known for its vivid fruit notes and freshness, this wine pairs perfectly with the colours and crispness of the season - as reflected in Ballet Kelowna’s Autumn program. Raise a glass of this beautifully crafted wine as the Company toasts another spectacular season of dance.