Author of The Enchanted Tower 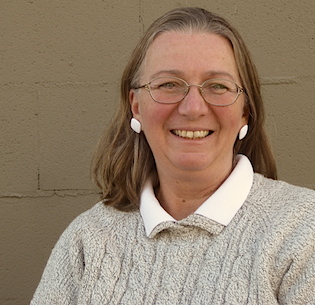 A Q& A with Dawn Renaud

What is your novel The Enchanted Tower about?
It’s about a young university student, Ann-Marie Burke, who meets a twelfth century cursed prince, Christian of Bancloch; their adventures in trying to break the curse, their life in the twelfth century, and their meeting again in our time. The underlying theme is forgiveness, which crept in unintentionally.

What inspired you to write this book?
I’ve been making up stories all my life to entertain myself. This time I’ve decided to write it down. It turned out much longer than I expected, long enough to become a book.

Who are your intended readers?
Anyone who likes adult fairy tales. If books had ratings, I’d rate this as PG-13. It has no foul language or offensive scenes.

How much research did you need to do?
A lot about the twelfth century, and was surprised by what I have learned. For example, women had more rights in the twelfth century than in the 19th; the climate was very warm and dry; princesses were the executive directors in castles, and had to learn skills such as record keeping, warfare, household management, etc.

Why did you choose to write The Enchanted Tower under a pen name?
It’s much easier to spell than my family name, which consists of eleven letters—eight of them consonants.

Do you plan to write more stories?
Yes, I’m already working on the next book, which will feature Ann-Marie’s sister.

How would friends describe you?
I’ve cheated on this question and actually asked ... I’m still blushing. True friend, and compassionate.