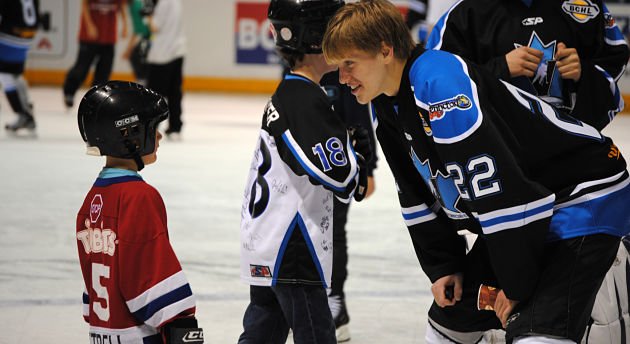 The biggest Western Canadian Junior ‘A’ Championship is coming to Penticton in 2017. The Penticton Vees Jr. ‘A’ Hockey Club, in conjunction with the British Columbia Hockey League (BCHL), has been awarded the 2017 Western Canada Cup (WCC) April 29 to May 7, 2017.

“We’ve worked really hard to keep costs down for our fans and if you look at the last two WCC tournaments in Estevan (2016) and Fort McMurray (2015), we’re offering a savings of over $100 on ticket packages.”

The WCC came to fruition in January 2012, when the Canadian Junior Hockey League (CJHL), announced a new regional playoff format for its four western provinces. This is the second time the WCC is coming to BC and the first time to the Okanagan. The Nanaimo Clippers held the inaugural event in 2013 and the Estevan Bruins are hosted the event this year in Saskatchewan.

The 13-game tournament includes a round-robin schedule followed by two semi-final games and a championship game. The Western Canada Cup Champion and the runner-up will both represent Western Canada at the RBC Cup.

Director of Player Development & Corporate Sales David Michaud expects it to be a big week on and off the ice for the city of Penticton, “This tournament should provide a significant economic impact, with plenty of fans coming from out of town and even out of province. Hotels will be full, restaurants will be busy, and plenty there will be plenty shopping.”

“There are only two games scheduled daily during the tournament, so fans will have plenty of opportunity to explore what our city has to offer.”

It’s been an exciting off-season for the Vees already, as Coach Harbinson and his staff continue to build a roster ready to contend for a national championship. Nick Jones was named Captain for the upcoming 2016-17 season, along with Gabe Bast being named an Assistant Captain. The Vees have a strong recruiting class coming in and have made some significant moves in acquiring veterans players, like Mitch Meek and Noah Jordan, and the team expects to make further roster announcements in the coming days.

Early Bird Ticket Packages are $149.00. For more information and to purchase your package at the early bird rate call Laura Carleton at 250-493-8337 Ext.4 or online at ValleyFirstTix.com purchase in person at the Valley First Box Office at the SOEC.