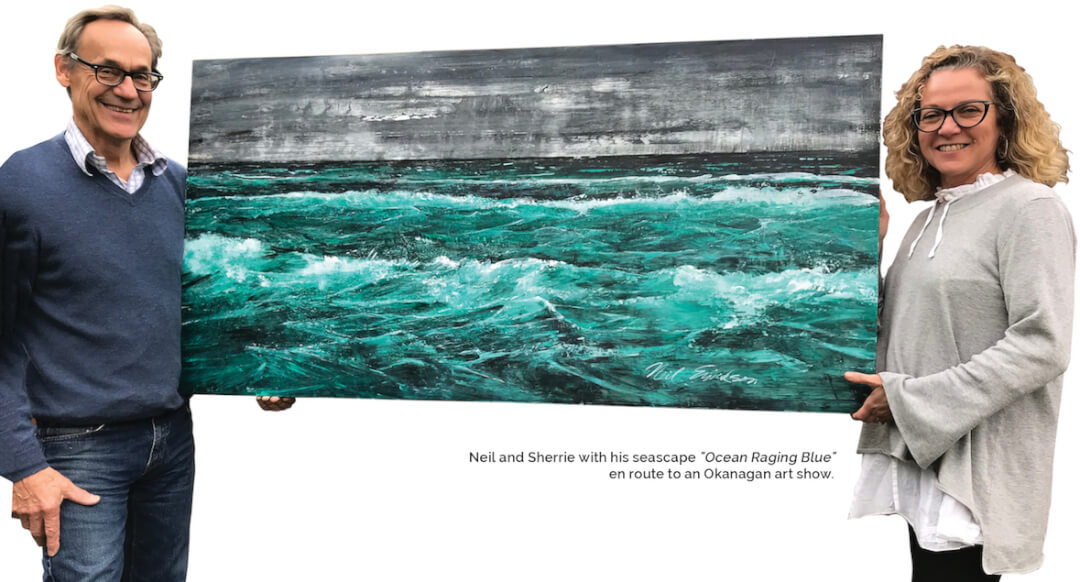 Supporters of BC Children's Hospital know well the Jumping for Joy greeting card, created by artist Neil Erickson. The original art piece help raise funds for the hospital in 1997. More than 45,000 purchased the greeting card, a record for those produced that year.

Working from his spacious Vernon studio, Neil is bemused by the circuitous journey that led him to the very different style of art he is currently creating. Initially using watercolours, painting with acrylics using scrapers now captures his imagination.

"I like to paint things that immerse you and place you there," he says, commenting on one of his most recent landscapes, created entirely with various-sized scraping tools and trowels.

Neil loved art as a youngster, attending both UBC and the Vancouver School of Art to study. However, it was the work of Andrew Wyeth that inspired him to work seriously with watercolours, back in 1979. He was 26 years old and bold enough to set his mind to doing a Vancouver show exclusively with the soluble pigments.

"I was delighted and surprised that all of my paintings in that show sold and two North Vancouver galleries wanted to sign me on," Neil reflects. "It was an exciting time in my life."

Subsequent shows yielded strong sales, but as the stock market crash of the 1980s drastically affected the art community in Vancouver. Several galleries were forced to shut down.

Undaunted by the downturn in the art market, Neil moved to Delta and built a houseboat/studio from which he sold his paintings privately and taught art classes, both in-person and on the local cable channel. It was here that he met his wife Sherrie in 1988.

Taking new tools in hand, Neil turned to residential renovations to support the household until one day in 2006 when his wife turned to him and asked, "Where's my artist?"

"I was working 12-hour days doing renovations and hardly had any time to paint," says Neil. "My wife knew we had to make a change, so we sold our house and moved to an acreage in Vernon when our children were seven and eleven." 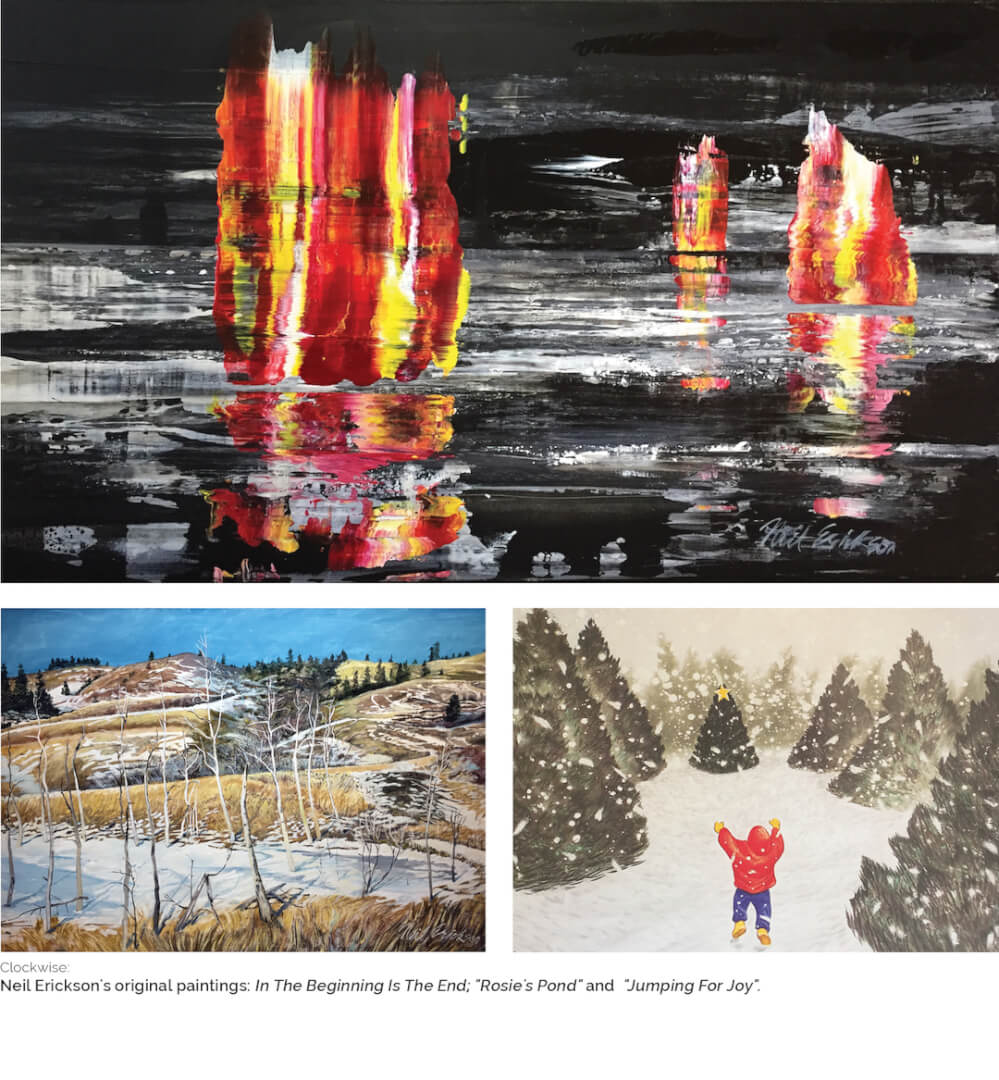 “Studio e is an art, yoga and event centre where ‘e' stands for everyone, excitement, energy, entertainment, evolve, enthusiasm and of course Erickson." He smiles.

Moving to the Okanagan proved to be the creative spark Neil needed and he began to paint seriously once again. His award-winning collaboration, the Pianographicus Project with musician Henry Piovesan, progressed his art to its current form. As part of a live performance duo that incorporated painting and music, Neil found that brushes simply took too long to use.

"I was painting ten pieces in an evening and time was of the essence. Using trowels and paint in condiment bottles, I was able to create the effects I wanted quickly."

Neil specializes in landscapes inspired by nature. "To paint water, you have to see it, swim in it and feel it. Scrapers and fingers give you that control."

Watch for his work at art shows throughout the Okanagan as well as Caetanni Cultural Centre and Intermezzo Restaurant in Vernon. Book an art lesson or view more of his pieces at neilerickson.ca.