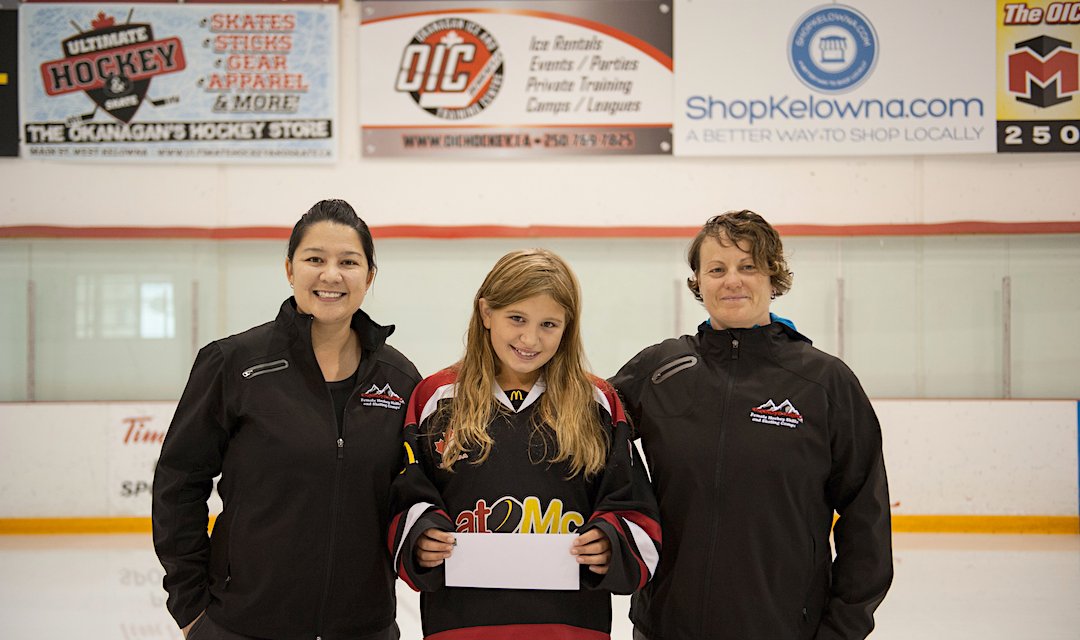 “We want it to be the ultimate female hockey weekend, a place where female adults can play and have their kids watch mom play and maybe give it a try too,” said Danielle Grundy, co-founder of the Grindstone Award Foundation. "Your support means you will have an impact on the lives of young female hockey players who have the desire to play, but are unable to for financial reasons."

The weekend will incorporate a skills competition, prizes and and a jamboree tourny, where individual will play on mixed  teams.

“I want to help kids that were like me, to give them a chance. They don’t need to go on and play for the national team to have hockey affect them in a positive way. I just want to give female players a leg up.”

Grundy, who directly credits a lifetime of playing hockey for her personal successes, said her parents had to put a second mortgage on their house to keep her in the sport.

“I didn’t realize that as a kid, all the struggles they were going through. They wanted me to stay on my hockey path and it was such an important part of my life and who I am today, it was because of hockey,” she said. At the age of 16 she had multiple schools offering her post-secondary scholarships, eventually choosing to play for Dartmouth Big Green in the NCAA. After graduating she played professional hockey in Switzerland.

Wanting all kids to have the chance to build skills both on and off the ice, inspired Grundy to create the Grindstone Award Foundation. The foundation provides grants to female players across Canada, who are under the age of 19 and have expressed a desire to pursue their goal in athletics. 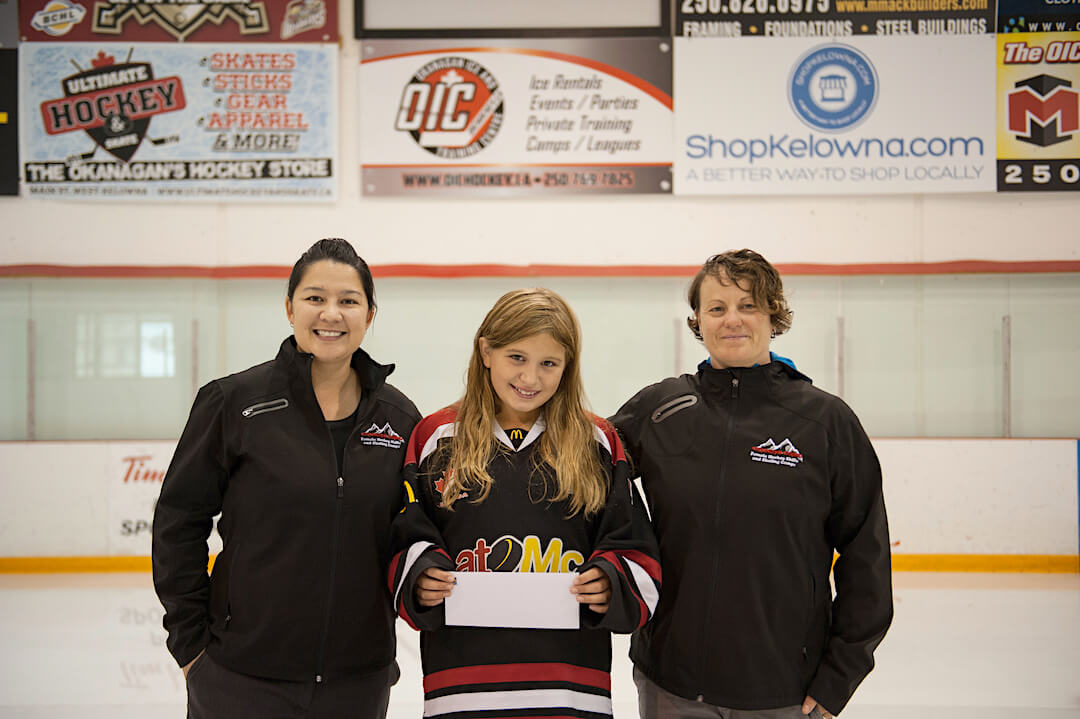 Johanna Hoek, a Kelowna Minor Hockey player, received a grant from the Grindstone Award Foundation co founders Danielle Grundy (left) and Sasha Podolchak (right) to help her family pay for the costs to play hockey this past season.
Submitted photo

The foundation has already supported the hockey dreams for two Kelowna families. Last year, Tina Hoek received funding to help keep her now 12 year old daughter in the sport. This season they again worked with the Grindstone Award Foundation to get her equipment.

“We are on a single income, so if we didn’t receive the help it most likely would mean she wouldn’t have played, so we are very grateful,” said Hoek.

Not only was it a financial burden lifted for the family, Hoek said she has seen growth in her daughter that only happened because she was involved in hockey.

“It really is priceless,” said Hoek of the change she has seen in her daughter. “Her self-esteem and confidence has just grown so much and I really don’t think that would have happened if she wasn’t playing hockey.  She was shy before and now has this connection with her teammates and friends she met through the sport.”

Earlier this year the foundation filmed a segment for Chevy’s Power of Play on Hockey Night in Canada, which recently aired on Sportsnet. Now established as a registered charity, they have partnered with Sport Chek to host the three-day jamboree. The goal is to raise $5,000 so 10 female youth hockey players can be provided support for the upcoming season.

The jamboree-style event takes place July 21 to 23 at Royal LePage Place in West Kelowna, B.C. Cost to register is $80. Space is limited, open to the first 104 players only. Additional players will be put on the wait list.

For more about the foundation, or to register for the jamboree, visit www.GrindstoneAward.com.