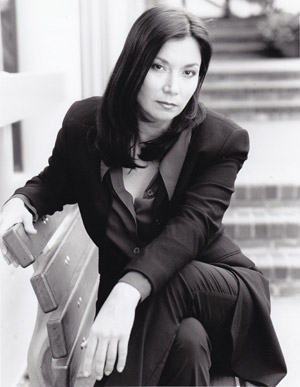 Playwright, screenwriter, performer, director, and producer Marie Clements is UBC Okanagan’s eighth annual writer-in-residence for 2015.  Sponsored by the Department of Creative Studies and the Faculty of Creative and Critical Studies, this program allows selected local writers to get free critiques on their work.

Clements will spend two weeks on campus from March 16 to 27 meeting with students and writers to do critiques of their written work, select the winners of the Short Story Contest, and visit classrooms for readings of her work. She will present a public reading on Tuesday, March 24, 2015 at the Okanagan Regional Library, where she will also announce the winners of the Okanagan Short Story Contest.

Writers in the Central Okanagan are invited to have their work critiqued and to participate in a one-on-one meeting with Marie Clements.  Appointments are limited to 16, with six of the 16 spaces reserved for UBC Okanagan students.

If you would like to be considered for an appointment, send a maximum of six double-spaced pages of your writing (plus a one-page synopsis if it is an excerpt from a longer work).  Your work should be sent in an email as a Word or PDF attachment before March 12, 2015 to toby.wesenberg@ubc.ca.  In the email give your name, student number (if applicable), phone number, and email address. Please put “Writer in Residence” in the subject line.

Marie Clements is an award-winning writer, director and producer who has worked for more than 20 years igniting her brand of independent story-making to a variety of media including film, TV, radio, new media and live performance. Engaging with Métis and Aboriginal history and culture, her work has garnered international acclaim for its originality and imaginative power.

Clements has written 13 plays that have been translated in French, Spanish and Catalan, receiving 21 nominations, four awards and 18 publications.

She is currently in development with a slate of projects with her film company Working Pajama Lab and her live performance company red diva projects.