Students, faculty and staff at UBC’s Okanagan campus are preparing to welcome the Duke and Duchess of Cambridge to Kelowna later this month.

On September 27, as part of their Canadian tour, their Royal Highnesses, Prince William and Kate Middleton, will visit UBC’s campus in the British Columbia Interior to dedicate a new Aboriginal art installation and take in an exhibition match of the campus’ nationally ranked women’s volleyball team. 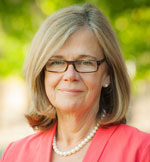 “It will be an honour to welcome the Duke and Duchess of Cambridge to the University of British Columbia and introduce them to the exceptional academic community at UBC’s Okanagan campus,” says Deborah Buszard, UBC deputy vice-chancellor and principal. “I look forward to offering the Duke and Duchess a glimpse of the 21st-century approaches to learning and research that make UBC Okanagan one of the fastest growing university campuses in Canada.”

As part of the royal visit, UBC will also welcome a number of Canadian dignitaries, including B.C. Premier Christy Clark.

Kelowna is one of several cities the royal couple will be visiting. Other locations include Victoria, Bella Bella, and Haida Gwaii in British Columbia and Whitehorse and Carcross in Yukon.

Since being established 10 years ago, the UBC's Okanagan campus has grown to more than 8,000 students representing more than 90 countries and has attracted research partners from around the world.