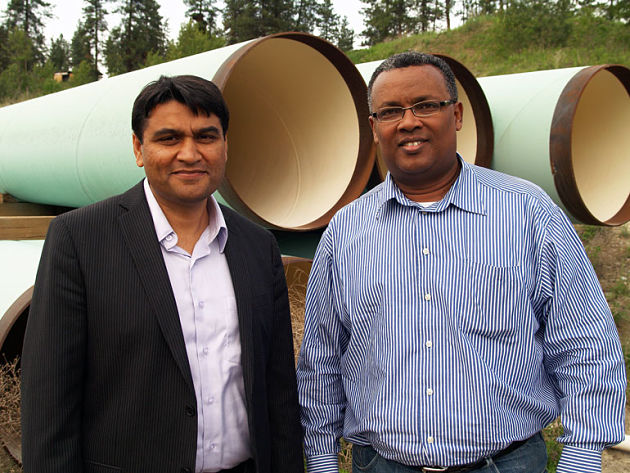 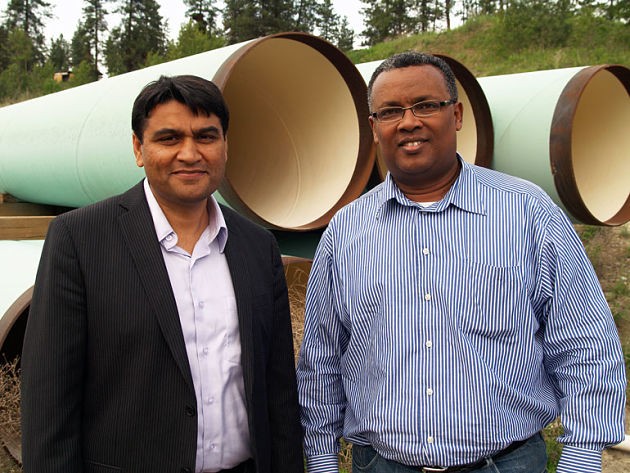 UBC Okanagan researchers have developed a tool that is designed to help small to medium-sized cities and towns address the challenges posed by aging drinking water infrastructure in Canada.

The tool is developed by Solomon Tesfamariam and Rehan Sadiq (pictured above), civil engineering professors at UBC’s Okanagan campus. It helps municipal water system operators and managers better understand the state of their infrastructure, most of which is hidden from the human eye.

It’s a challenge, says Tesfamariam, that is being felt by urban areas across Canada but is hitting smaller, resource-strapped cities and towns particularly hard.

“While larger cities like Vancouver or Toronto have access to budgets, engineers, and sophisticated data collection systems, smaller centres often have a single person who is responsible for looking after the entire drinking water system,” says Tesfamariam.

“Measuring how your system is doing and where investments are likely to have the greatest value to citizens is a very data intensive process, one which most small jurisdictions are just not equipped to handle.”

The tool is designed for smaller jurisdictions to assess and understand their water systems and compare them with like-sized cities and towns by helping them understand what data is important to collect and  develop inventories of the various elements of a drinking water supply system, including infrastructure related to source water, treatment and water distribution. The goal is to help decisionmakers determine how best to invest limited resources in renewing their water systems.

According to the 2016 Canadian Infrastructure Report Card, municipal governments own nearly 60 per cent of Canada’s core infrastructure, which includes $207 billion worth of potable water infrastructure.

However, the Report Card states, 29 per cent of the Canadian drinking water infrastructure, worth roughly $65 billion, is rated either fair, poor, or very poor and is either at, or approaching the end of its useable life.

The Report Card, developed by the Canadian Construction Association, Canadian Public Works Association, the Canadian Society for Civil Engineering, and the Federation of Canadian Municipalities, also reported that many municipalities did not have sufficient data with which to measure the state of their water infrastructure.

Currently, UBC Okanagan researchers are helping many small municipalities in British Columbia to use the tool and expand their capacity to monitor and renew their water systems.

The goal, says Sadiq, is to create a consortium of small cities and towns across the province and create a performance assessment system similar to the National Water and Wastewater Benchmarking initiative, which mainly sees participation by larger cities.

Local benchmarks would allow participating smaller municipalities to measure their water system against the average performance comparable cities and towns in their area.

“It’s well known that in order to be able to manage something, you’ve got to be able to measure it,” says Sadiq. “In the absence of useable benchmarks, we risk the minimum standards becoming a target to shoot for and we know that members of the municipal public service have much higher aspirations.”