Theatre Kelowna Society and Why Not Theatre present award-winning musical 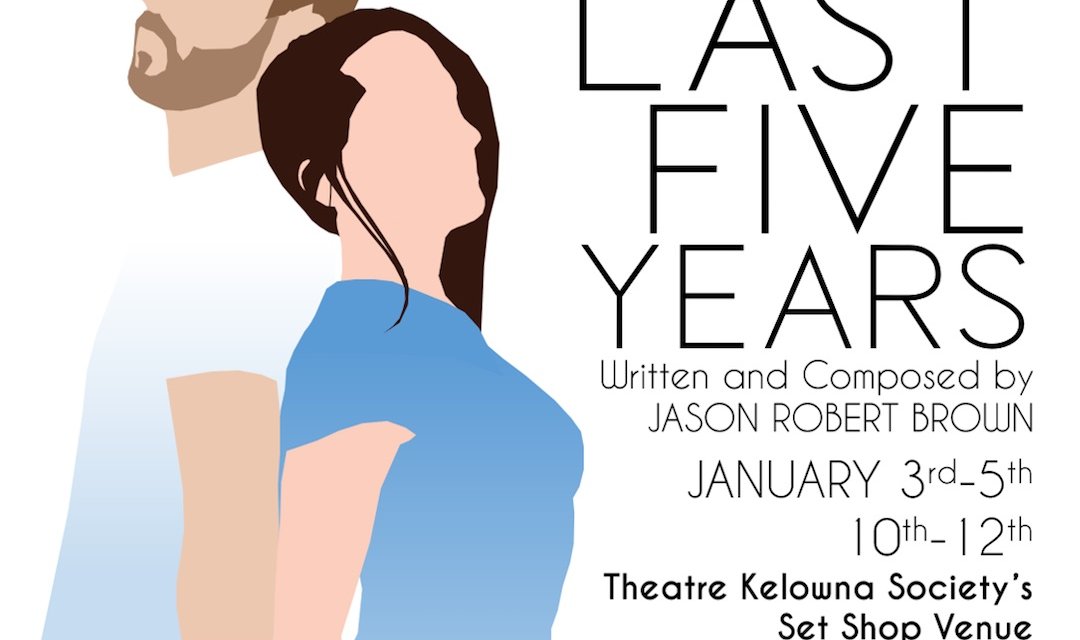 In coordination with Theatre Kelowna Society, Megan Edwards and Thomas Fournier are taking on Jason Robert Brown's The Last Five Years from January 3 to 5, and 10 to 12, under the newly created Why Not Theatre.

This award-winning musical tells an emotionally powerful and intimate story of two New York artists in their twenties who fall in and out of love over the course of five years. The show's unconventional structure consists of Cathy, played by Edwards, telling her story backwards in time, while Jamie, played by Fournier, tells his story chronologically.

Edwards and Fournier are known for their vocal and acting in productions in the Okanagan. Edwards was last seen as Lucy in New Vintage Theatre’s production of Charlie Brown’s Christmas. Fournier played Hedwig in Fred Skeleton Theatre Company’s Hedwig and the Angry Inch in October.

With support and contributions from artists and theatre groups across the valley and beyond, Artistic Director Thomas Fournier says this is a community-built production you don't want to miss.

The Last Five Years is the first production in Theatre Kelowna Society's newest performance space at:

TKS Set Shop (end of the Artist Hallway) at The Rotary Centre for the Arts, 421 Cawston Avenue.