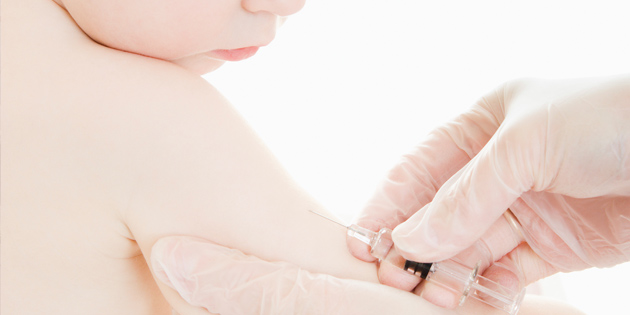 Hayden does say the numbers for up to date except for that booster shot are better: 77 percent of children are on track. She also points out problems gathering precise statistics as most shots are administered and recorded by public health, but some are given in physicians’ offices and those records aren’t always forwarded to public health officials. Plus missing just one shot, which makes for a pretty well vaccinated kid, can skew numbers.

Still, she admits, “It’s not as good as we would like.”

Like Warshawski, Hayden helps educate fearful parents, reassuring them of the stringently monitored levels of testing each and every vaccination must pass before being approved by Health Canada.

Reactions are reported to local public health offices, where physicians like Hayden go through them to determine if there’s a causal relationship. “We then report to the province which goes on to the national level,” she explains, “then on to international bodies to track any evidence of safety issues.”

IMPACT (Canada’s Immunization Monitoring Program ACTive) has been monitoring for severe adverse events at a dozen pediatric hospitals across the country, for some 25 years. Incidents like seizures, paralysis, encephalitis, anaphylactic shock and sepsis, are reassuringly low.

In her “Best Shot” story, Budak suggests Canadian stats are similar to US ones, which show one in 3, 000 children will have febrile seizures after an MMR shot, one in 16,000 will get a dangerously high fever after DTaP, and one in a million may suffer brain damage or coma.

For parents, even low statistics sound scary. “We don’t want to say there are never any adverse reactions,” Hayden admits, “but the risks are extremely low and much safer than the risk of getting these diseases.”

“The magic tool of health intervention
is the vaccine” 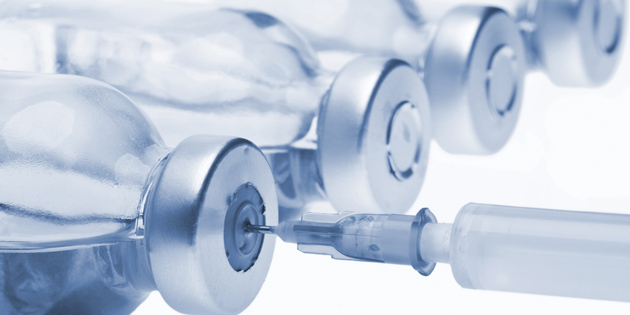 While some doctors in the USA are flat out refusing to take on patients who are not immunized, the Canadian Pediatric Society and the College of Physicians of Canada urge members not to ditch non-immunized patients, suggesting doing so results in missed opportunities for education.

“I think health care providers need to understand parents are coming from a place of deep concern for their child,” Warshawski agrees. “You don’t want to make them feel inadequate or uncaring because that’s not the case—they’re caring but probably not that well informed.”

He says it’s his job is to protect children and having nothing to do with an unvaccinated child is dangerous. “If a child is unimmunized and gets sick and we don’t know that, we may not recognize their symptoms.”

While he’d prefer parents opt for “the whole panel” of recommended shots, he does break them down into components, urging administration of the most crucial ones, in hope parents will later add the remainder.

Take the MMR (measles, mumps, and rubella) vaccination. Complications from mumps can include inflammation of the testicles, rarely leading to sterility, inflammation of the brain or tissue covering the brain or spinal cord, the ovaries or breasts, and temporary or permanent deafness. Still, it’s not often fatal; so it’s one Warshawski will not press if parents are wary of all vaccinations.

Rubella causes birth defects including deafness, cataracts, heart disease, mental retardation and liver and spleen damage, in pregnant women. “If you have a little girl, she really should get that Rubella shot or least let her know you didn’t immunize her prior to her getting pregnant,” he says.

He admits diphtheria is not that common in Canada, but insists we’re not immune. “After the Soviet Union broke up, they stopped immunizing and they had thousands of deaths from diphtheria, so it’s always present.”

As for tetanus, when your kid starts to walk, you might want to run for that vaccination. Tetanus doesn’t spread from person to person, but is transmitted through a bacteria found in soil, dust, and manure, that enters the skin through a cut or puncture wound from a contaminated object. 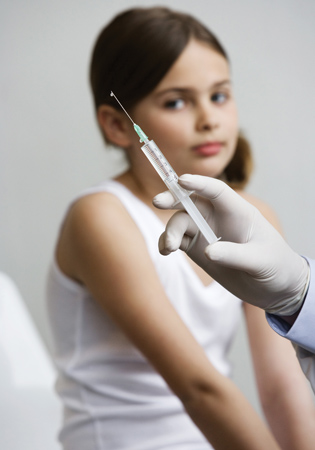 “Kids can jab themselves with a rusty nail or be in the dirt and you wouldn’t know they had tetanus because it’s so infrequent—almost never—in North America and we miss it,” Warshawski explains.

“There was a case in the Yukon, probably 10 or 15 years ago where a young woman died of Tetanus because no one recognized it but I’ve seen neonatal Tetanus in Africa and it’s an absolutely horrible way for a baby to die.”

“I try to make things real for people,” he explains. “Because of the success of vaccinations, people don’t really know what these disease are like.”

Even so, Kelowna couple, Alyssa and Mark Regier, made up their minds based on medical science. With a three-year old son and a five-year old daughter about to start kindergarten, Alyssa admits the debate among parents of school-aged children can be hostile.

“The majority of our friends do vaccinate but some friends question it. I did my own research because of the fear mongering out there, but ultimately I rely on the knowledge of my health care providers. We’re lucky to live where and when we do. Immunizations are advances we should be grateful for.”

Indeed while we, the privileged, nestled in the security of our advanced health care, question the validity of vaccines, the richest man in the USA is leading international efforts to bring them to the world’s poorest nations. Bill Gates has made it his mission to eliminate diseases that cripple and kill children, the ripple effect improving education and economies. For the first time in history, India has been declared polio free, with hope all of Africa will soon follow.

In the words of the man, “If you want to save and improve lives around the world, vaccines are a fantastic investment.”