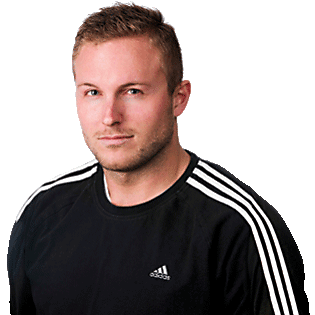 “It is awesome. I can’t believe it,” said Kripps, who has been driving on the World Cup for just two years. “Things have been going pretty well so I had a goal of getting in the top-10 today, but I am a bit in shock for sure. All of the Canadians and athletes from the other countries were at the bottom jumping around and screaming for me. It was amazing.”

After posting the fastest time in their first bomb down the German track,  Kripps and Barnett held on to the top step of the podium after clocking a two-run time of 1:39.71.

Canada also took the bronze, with the team of Lyndon Rush, Humboldt, Sask. and Lascelles Brown, Calgary, clocking in at 1:40.03. Switzerland’s Beat Hefti and Alex Baumann slid to the silver medal with a time of 1:39.86.

The day belonged to Kripps, who helped push the legendary Pierre Lueders to four World Cup podiums in the four-man race leading to Vancouver 2010. Since making his Olympic debut as a brakemen, he switched to the driver’s seat after getting home from Vancouver, and has slowly progressed into one of the top pilots in the country. Welcoming Edmonton’s Bryan Barnett into his Canadian sled this year, the laid-back Canadian has posted career-best times each week with a handful of top-10 finishes.

“There are a combination of things that I think is the reason for my success this year,” said Kripps, who is originally from Hawaii and names his sleds after two Hawaiian Goddesses.

More on Justin Kripps in our Sochi Cheering Guide.

“Having Bryan is huge to give us that good push, but I’ve now had some time in the Eurotech sled so I’m developing a good feel for it. Also getting better runners this year has helped a lot too.”

With the Olympic Winter Games now two weeks away, anything may be possible for the Canadian duo now having a medal under their belt.

“I don’t have much experience in Sochi, but this win sure gives me confidence,” said Kripps. “I think this shows anything can happen in bobsleigh. If I can put two good starts and two good runs together, who knows what may be.”
[fbcomments]