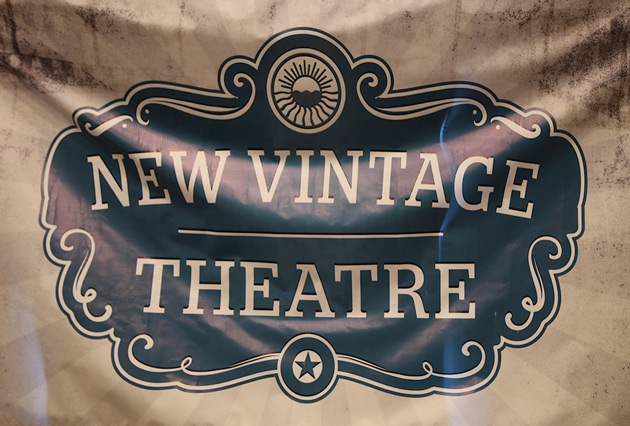 Darryl takes Darla on a date. Their car breaks down just outside a sleazy inn on the outside of town. The owner of the inn, Mrs. Laversnot, invites them to stay among the many curious regulars at the hotel. By morning Darla is dead, Darryl is hysterical and Mrs. Laversnot has developed a strange limp. To find out what happens next, come back for another episode of an exciting live soap opera brought to you by New Vintage Theatre. 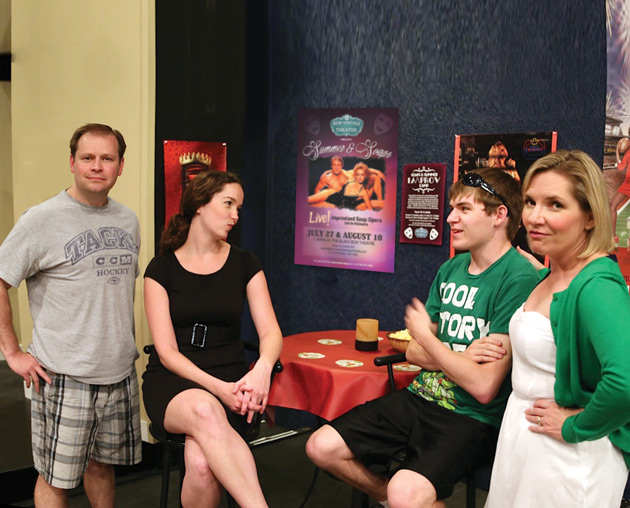 Saturday, October 25, 9 pm doors open, 9:30 show
Location: The Black Box Theatre
Things get scary at our Hallowe'en soap and costume party with trick-or-treating, prizes for the best costume and a photo booth. Tickets just $10 in advance from www.selectyourtickets.com or at the door, $15 cash.

That may not be the exact plot line of the season premiere of their new group of shows, but it gives you an idea what to expect: live soap opera storytelling made-up on the spot by a very talented group of actors. The soap will run over a succession of evenings preformed through what’s called “long-term improv.”

The actors develop their characters for the show, but there’s no set script to memorize; instead they are given loose plot points that will take place over a series of performances and their job is to work through them as they think up the action and dialogue on stage. The idea is being brought to the Okanagan by the multi-talented Bonnie Gratz; a local playwright, director, actress and the artistic director of New Vintage Theatre. I manage to sneak in a quick interview while she sets up for another show the company is putting on at the Black Box Theatre. 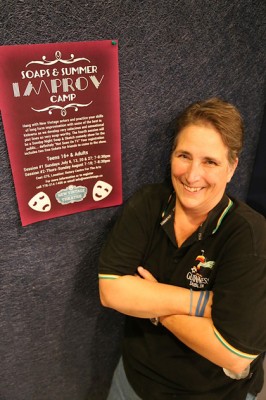 In between hanging posters and putting out bowls of popcorn, Bonnie greets me with a smile and a hug powered by an awesome energy that’s full of youth. She has the kind of hope, joy and authentic vulnerability which, rather than making her weak, gives her the power to move mountains. She’s unafraid to try new things, but she also has the experience and wisdom to make them a success. She’s no stranger to the soap opera life. Years ago, before moving to Kelowna, she starred in a similar series in Edmonton called Die-Nasty (the title being a play on the popular TV soap series Dynasty), and she’s excited to bring the concept here.

I’m excited too; the run of reality shows on TV seem to have taken their course, and I’d way rather watch melodrama being preformed by people who actually know how to act. I ask Bonnie about why she wants to do this project here. “Improvisation is a very difficult art form that is unscripted and while people in Kelowna are probably familiar with Who’s Line is It Anyway or murder mysteries, they will not have had the experience of a live, improvised soap opera with a continuing hilarious story line. Our first two episodes are this summer, but we will be continuing this on a monthly basis—one Sunday evening a month—for the entire season. Audiences can stop in and see any show and love it, but those who come on a monthly basis will love to see the developments in the crazy, complicated ridiculous lives of these characters. The locations of all of the events are in Kelowna and all of the characters are inspired by the people of the beautiful, exciting and drama filled city we live in!”

New Vintage is a professional contemporary theatre company that has become known for its superb classes and productions that run throughout the year. From script writing and acting workshops to play readings and full-scale productions, New Vintage offers a ton of creative opportunities. The company takes pride in finding fresh approaches to delivering great theatre. Bonnie says, “The value of creating an improvised soap is to give Kelowna audiences a chance to experience a very different, very innovative form of theatre that is unexpected, exciting and fun. For our company, it brings different types of artists into our group and builds on our mandate, which is Theatre For All.” 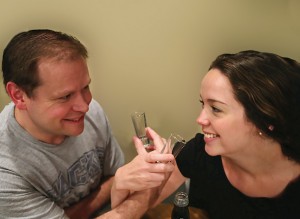 For actors, the benefit is a chance to perform in an improvised series without the same commitment requirements they would with a learned script. They also get to use a different part of their performing brain and feel the rewards on stage in new ways each show. The audience gets the sexy plotlines and high-octane drama of a soap, with a lot of laughs and a live stage to see it all go down. Running a theatre company can be complicated and the reality of life is filled with its own drama, but people are always hungry to see how things unfold. How brilliant to let us have our soaps and theatre too. It’s the perfect twist to entice a devoted and deliciously satisfied group of fans.