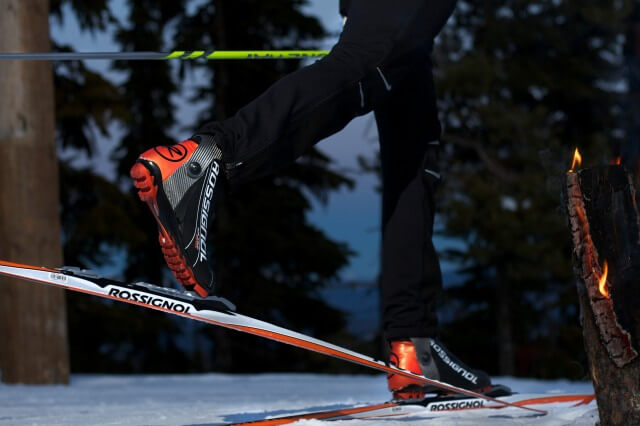 Silver Star Mountain Resort will open its Nordic skiing this Saturday, November 9 and announced that the downhill skiing will start early this year with an opening day scheduled for November 28, 2013. The recent storm in the Okanagan Valley brought more than 30 centimetres of snow over 24 hours at Silver Star this past weekend.

Resort goers will have plenty of new activities and features to explore this season, including new ski/boardcross and heli-skiing adventures.

“It’s going to be an exciting year as we will get an early start,” says Anne Haight, who takes the reins as new director of sales and marketing for the resort. “This year we are unveiling The Zone at Silver Star where for the first time skiers will be able to practice aerial jumps with a Katal airbag or learn to ski on wider, beginner slopes.”

Brand new for the 2013-14 season, The Zone, located right beside the village, is comprised of three distinct components: the Learning Zone, Jib Zone and Air Zone. The new and expanded Learning Zone will feature wider and gentler slopes to provide a better learning experience for skiers and riders. The Jib Zone will offer an introductory terrain park area for learning small rails and the Air Zone will feature a Katal Airbag for practicing free style jumps.

Accessible by the Home Run T-bar, the new snowcross course will consist of berms, rollers, quick straight-a-ways, multiple lanes, “through the trees” directions and a few jumps for riders and skiers to test their skills and take it to the next level.

Haight has nearly 20 years of marketing and sales experience working in travel and tourism, specifically in the ski industry with resorts across Alberta and British Columbia. She's no stranger to life on the slopes or to Silver Star Resort having worked there in 2006 as the Marketing Manager. She has also worked with big brands including Sun Peaks Resort, Ski Banff-Lake Louise and Sunshine Village.

“We are thrilled to welcome back Anne to the Silver Star family," says General Manager, Michael Sherwood. "It's not just her many years of experience, but her drive for what we do. Silver Star has many amazing experiences to offer, and we know that Anne has the creativity, passion and fresh ideas to grow Silver Star's reputation as the premier mountain destination it is.”

Also new this year is the MyMtnFlexiCard, which is valid for three days of skiing/snowboarding, any three days of the winter season. Day lift tickets are all-inclusive, meaning the pass includes free daily access to alpine and cross-country skiing, snowboarding, tubing, skating and snowshoeing. After the three days are used, the card will continue to provide discounts on lift tickets for the remainder of the 2013-14 winter season. Cost is $179 .