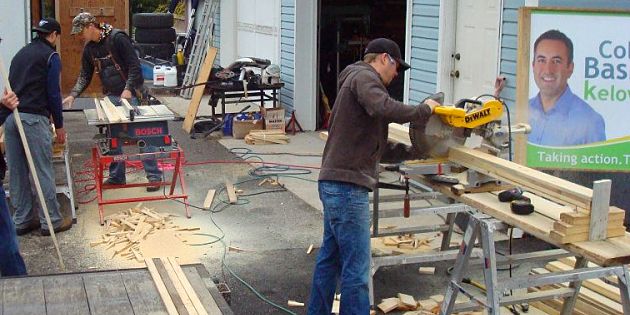 The nomination period for those interested in running in the 2014 City of Kelowna General Local Election is now open and campaign teams are busy erecting lawn signs in Kelowna.

Nominations papers may now be filed at the Office of the City Clerk at Kelowna City Hall. Individuals have until 4 p.m. on Friday, Oct. 10 to submit their forms. The successful candidates will sit for the new four-year term, which ends in the fall of 2018.

Kelowna Mayor Walter Gray, Gerry Zimmermann, Andre Blanleil and Robert Hobson have all indicated they will not seek re-election in November. Colin Basran is running for mayor and council colleagues Mohini Singh, Luke Stack and Maxine DeHart have all said they plan to run again for City Council. Gail Given has said she is thinking of running for mayor.

“If you are interested in filing nomination papers for Council or Trustee for School District No.23, making an appointment ahead of time is recommended,” says Chief Election Office Karen Needham.

Candidates must have lived in the province for the past six months, be a Canadian citizen and be 18 years of age or older on Election Day, Saturday, Nov. 15.

Individuals who have successfully filed nominations papers will be declared candidates following the close of the nomination period at 4 p.m. Oct. 10.

Residents are encouraged to visit the election website at kelowna.ca/election for links to voter, candidate and general election information. Follow the 2014 General Local Election on social media (hashtag #kelownavotes).