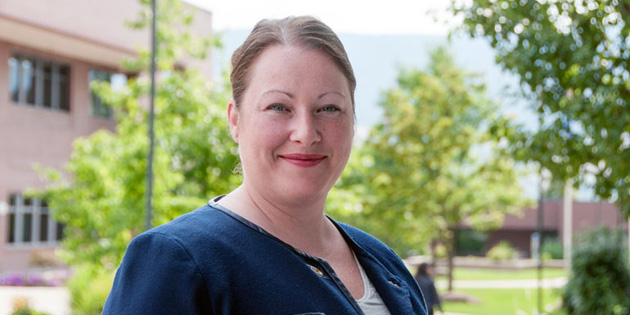 A team of UBC researchers has found that gut bacteria are linked to the onset of Type 1 diabetes.

Their findings also show that long-term and over-use of antibiotics can accelerate the process by disrupting the gut bacteria.

“The incidence of Type 1 diabetes has doubled in the last few years in Western countries, and this is most obvious in children aged 1 to 5,” says Assist. Prof. Deanna Gibson of UBC’s Okanagan campus (pictured), the study’s senior author. “This suggests that early life events are critical to health. Our research pinpoints the significant role of bacteria and how antibiotic use can alter their normal development in the gut which then can alter the health of these individuals.”

“While it’s clear that antibiotics are very useful in medicine, overusing them can have significant consequences.”

The study, which looked at diabetes-onset in mice, demonstrated that those susceptible to diabetes had more harmful and less beneficial bacteria than those resistant to the disease. The researchers also demonstrated that the harmful bacteria generated an immune response, which in turn, stimulated destruction of insulin-producing cells.

“We were able to establish a clear relationship between bacteria, the body’s immune reaction and the development of Type 1 diabetes,” says Gibson, a microbiologist at the Irving K. Barber School of Arts and Sciences. “This is likely to have significant implications for treatment of the disease. The next steps are to narrow-in and identify which bacteria induce or perhaps protect against Type 1 diabetes. This, in turn, could help with the production of more specific antibiotics.”

There are more than 10 million Canadians living with diabetes or prediabetes, a chronic disease in which the body cannot produce or properly use insulin. (Insulin controls the amount of sugar in the blood.) Type 1 diabetes results when the immune system accidentally attacks and kills insulin-producing cells.

The research, recently published in the Nature Group’s ISME Journal, was supported by the Child and Family Research Institute Diabetes Catalyst Grant from the Canuck’s Foundation, the Canadian Institutes of Health Research, the Juvenile Diabetes Research Foundation and the Natural Sciences and Engineering Research Council.To read more about Gibson’s research on bacteria, nutrition and health.

To read more about Gibson’s research on bacteria, nutrition and health, visit: ourstories.ok.ubc.ca/stories/deanna-gibson.