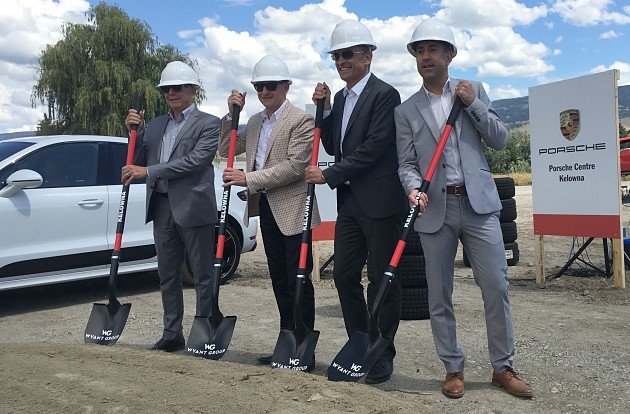 "Kelowna marks an area of strong potential for the Porsche brand and we are glad that Vaughn Wyant and the Wyant Group are going to be taking care of our loyal, growing customer base in the area," said Pollich. "Kelowna is an exciting opportunity for Porsche Canada and we are positive that it will show strength within our developing network."

"Breaking the ground on Porsche Centre Kelowna symbolically represents more than just where the next opportunity for the Wyant Group will be built, but it also marks where we will be committed to fostering new relationships and delivering service beyond expectations to the surrounding community," said Wyant.

Located at Finns Road and Stremel Road, just off of Highway 97, Porsche Centre Kelowna has a planned opening of in early 2017 with a nine-car showroom, new vehicle delivery experience location, and 10-bay workshop.

With the courage of a new generation. The new #Porsche #Panamera pic.twitter.com/8ZlwPs8WP2

This 993 Targa is heading home from the #porscheparade . Thank you to the hundreds of Canadians who attended. pic.twitter.com/Rov5CNOnb8