Ahead by a century 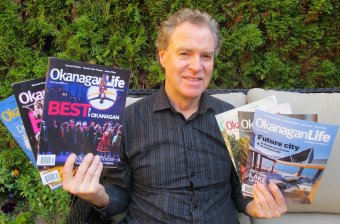 Mom was born on January 4, 1917. If you do the math, you’ll see that she earned the right to be Ahead by a Century. And yes, she was tragically hip!

Helene Byrne and Gord Downy were both ahead of their time. While she taught me too many scintillating lessons to itemize here, I can tell you her love of music was legendary and she shared that gift with me. I sang for my young kids every night, now regularly perform and I’m working on my second musical about income inequality. Thank you Mom.

The matriarch also cared profoundly for the planet, her religion and her fellow woman and man. She was deeply offended by the excess waste, pollution and disposables that the ‘70s and ‘80s ushered in; so much so she would keep and reuse a plethora of stuff. As I was taking the garbage out she would remind me, “Most of this could be reused.” She was right.

My mother was a teacher, as was my father, and in 1980 the two of them were absolutely giddy when I started my first magazine. They were so proud of me. They gleefully proofread every word (free of charge) in Lethbridge Magazine, Southern Alberta Business and FARMS. They raised eight kids, loved us and they helped us deal with the ever-present anxiety that accompanies our expectations of change.

Through my parents eyes, I see society free falling into an age of depression. While 2017 has been a disconcerting year for myself, all Okanaganites endured the pain of this summer’s fire and rain. I’m also feeling the most colossal change one might ever feel—the loss of a parent.

The Hip’s In the Living Years wisely states, “every generation, blames the one before, all of their frustrations, come beating on your door.” Do Canadians feel demoralized? Yes. We erroneously assign blame to the people we love the most, but we are beating on the wrong door. I say, beat on the plutocrats door instead!

Mom, Dad and the brightest minds of the past have taught us that local problems are really caused by the worldwide disgrace of income inequality. Today, we live in a society that permits five billionaires to own more wealth than half of the people in the world. Do the math.

My mom is gone, but she still whispers to me, that warmongers, greedy transnational corporations and psychopaths like Donald Trump are holding the human race hostage,  argumentum ad metum. My expectation of change became positive when I decided to speak out about how plutocrats lie, cheat and steal from us—right in front of us. Yet most people sit quiet and do nothing. Check with your Mom, and she’ll remind you, the 99 per cent actually owns the power. Shop local and live with the belief that the only thing you have to fear—is fear itself.

It was a sad day when I removed Helene Byrne’s name from Okanagan Life’s subscription list, but I’m retaining a century of wisdom.